That’s because my boss and I sat outside a Best Buy Thursday for nine hours to get our hands on a coveted golden ticket guaranteeing a Nintendo Switch at midnight if you didn’t have a pre-order.

I hate the wind, but I’m also first in line for a #nintendoswitch. I brought my Lon Lon milk @BestBuy. #priorities pic.twitter.com/hibDOQ0r0N

In reality, the ticket was just a piece of paper with a bunch of advertisements for games and accessories either in color (if you wanted the neon Switch) or black and white. But to us, it was the chance to feel like kids all over again.

I was the only one in line for about two hours until James and Shawn — fellow Switch enthusiasts — rolled up with folding seats and took their places as numbers two and three. The line got longer as the hours slipped by, until it wrapped its way around the side of the building.

We came prepared as best we could to survive hours of boredom and cold.

Finally, at midnight, they let the first group in and funneled us to a table stacked with Nintendo Switch goodies. We handed our tickets to the tired-looking Best Buy employee (they weren’t quite as excited as we were), collected our respective hauls, signed the receipt while looking anywhere but at the price, and went home.

Now, to the part you really care about. (Don’t forget to check out our video featuring Zelda: Breath of the Wild gameplay at the bottom of this review!) 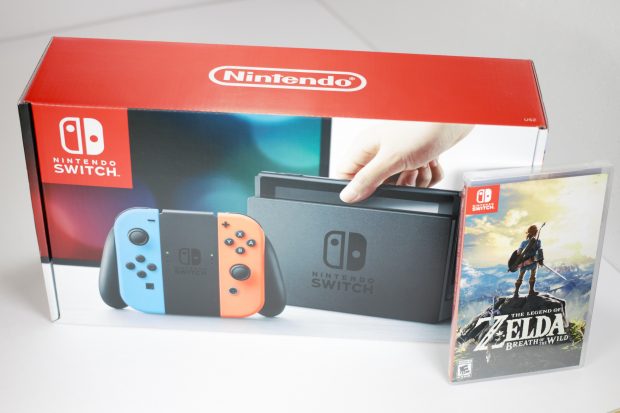 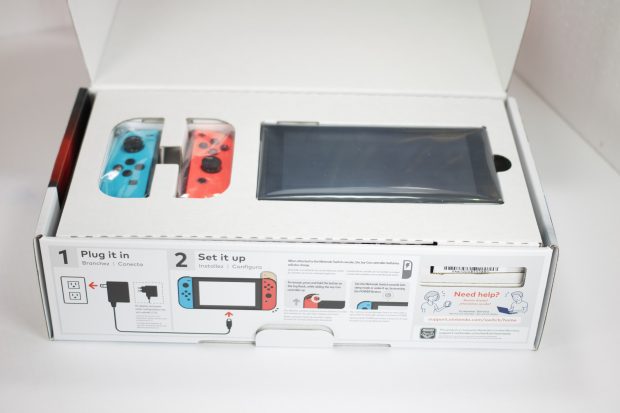 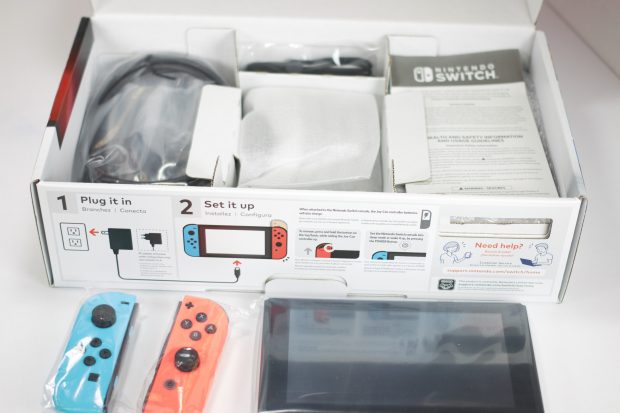 Everything comes neatly wrapped and packed. The Joy-Cons slide into the sides of both the Switch and the Joy-Con Grip with a satisfying click. Each Joy-Con has a black button on the upper portion in the back you press to release them. 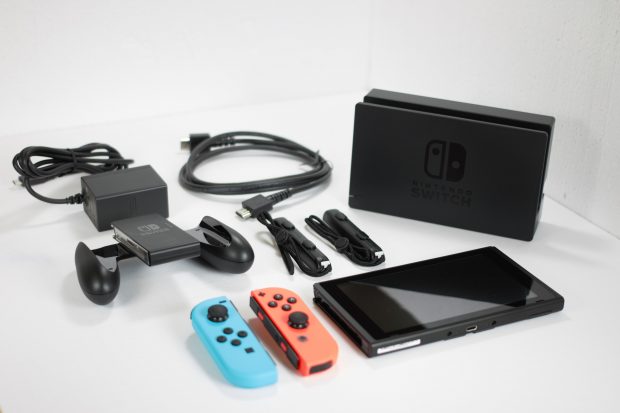 Per Nintendo, the Switch weighs a little less than a pound (0.66 lbs alone, 0.88 lbs with controllers attached). As someone with smaller hands, I had no problems comfortably holding the Switch with the Joy-Cons attached. It doesn’t feel too big and didn’t become noticeably heavy while I held it. 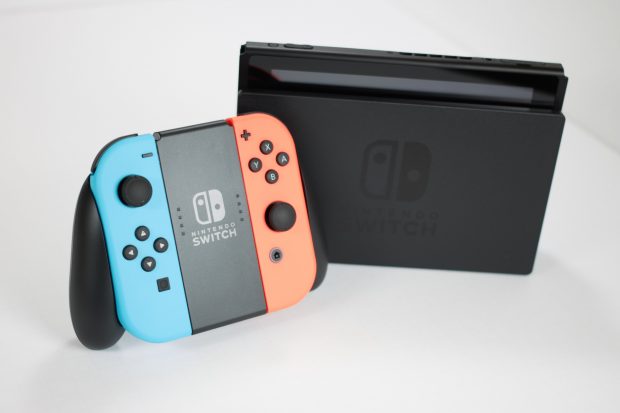 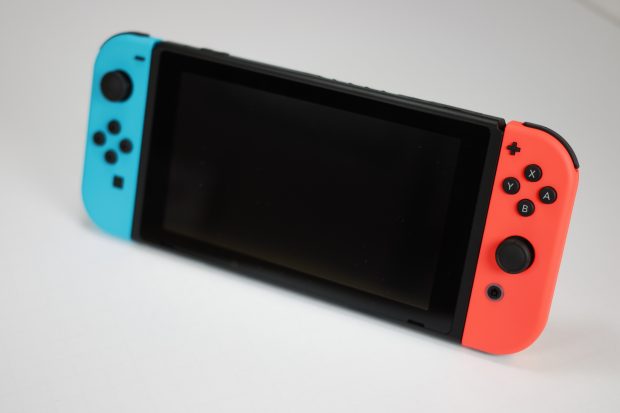 At first I was wondering how I was going to prop the Switch up for the pictures, and then I remembered it has a kickstand! 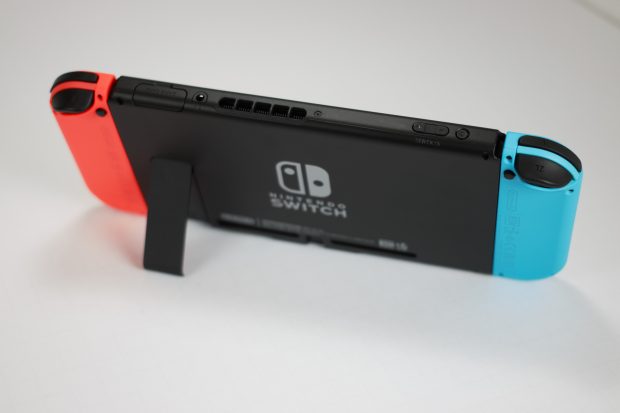 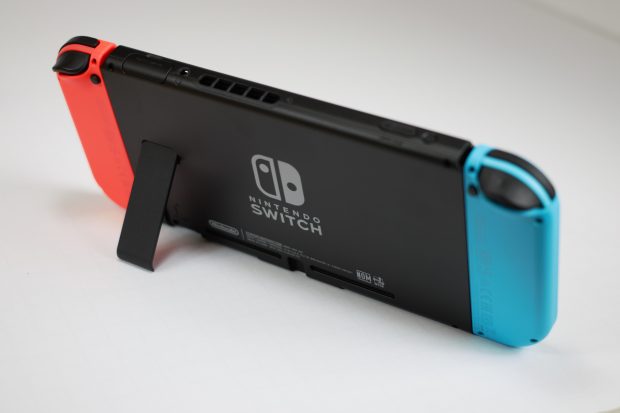 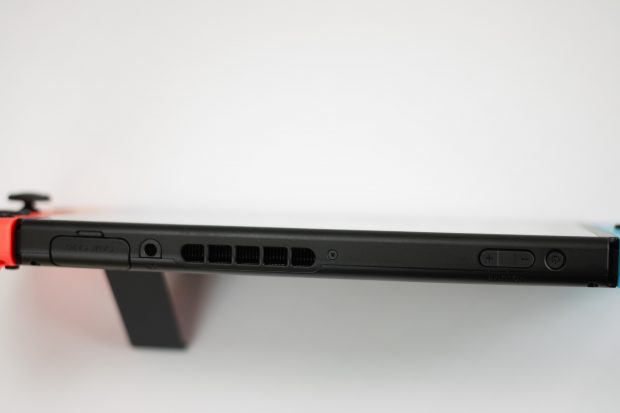 The bottom of the Switch features the dock connector with speakers directly behind it on the back of the Switch. 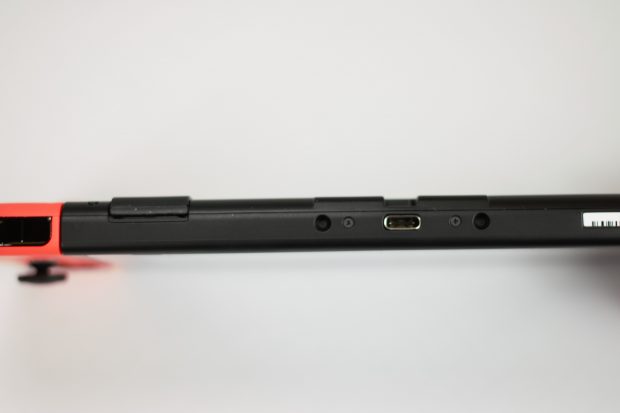 My first impression? It’s comfortable, sleek and bright. The Switch feels sturdy to hold and use when you’re carrying it around. Same goes for the controller when you attach the Joy-Cons. It’s more compact than traditional controllers you’d see with a PlayStation or Xbox, so it may feel a touch small for someone with large hands. The only awkward thing about the controller is that the “minus” button is hard to press without smacking your thumb into the left joystick.

And yes, in case you were curious, the cartridges do taste awful. I licked on for science, and it was gross. Nintendo coated them in Denatonium Benzonate to deter children from chewing on or swallowing them.

Check out some in-game footage from Zelda: Breath of the Wild! Yes, it’s as amazing as it looks, and I can’t wait to get home and spend my entire weekend glued to this beautiful game.

The Legend of Zelda: Breath of the Wild for Nintendo Switch — $59.99