It’s 40 degrees. Forecasts hold little hope for a reprieve from the cold, and spring, while within our grasps, is still a few weeks away. As winter rages on the East Coast, Boston’s own Samuel Adams brewery is telling beer lovers not to worry, ushering in a wave of heat with an array of palate popping seasonal beers.

The period just before springtime is when breweries switch from winter ales, stouts, and porters, to beers that pair better with warmer weather and summer foods like lagers, pilsers, and India Pale Ales. Samuel Adams sent The Daily Caller News Foundation a sampling of their five new seasonal brews, including: Hopscape, Irish Red, Ella Blanc IPL, Fresh As Helles, and Noble Pils. 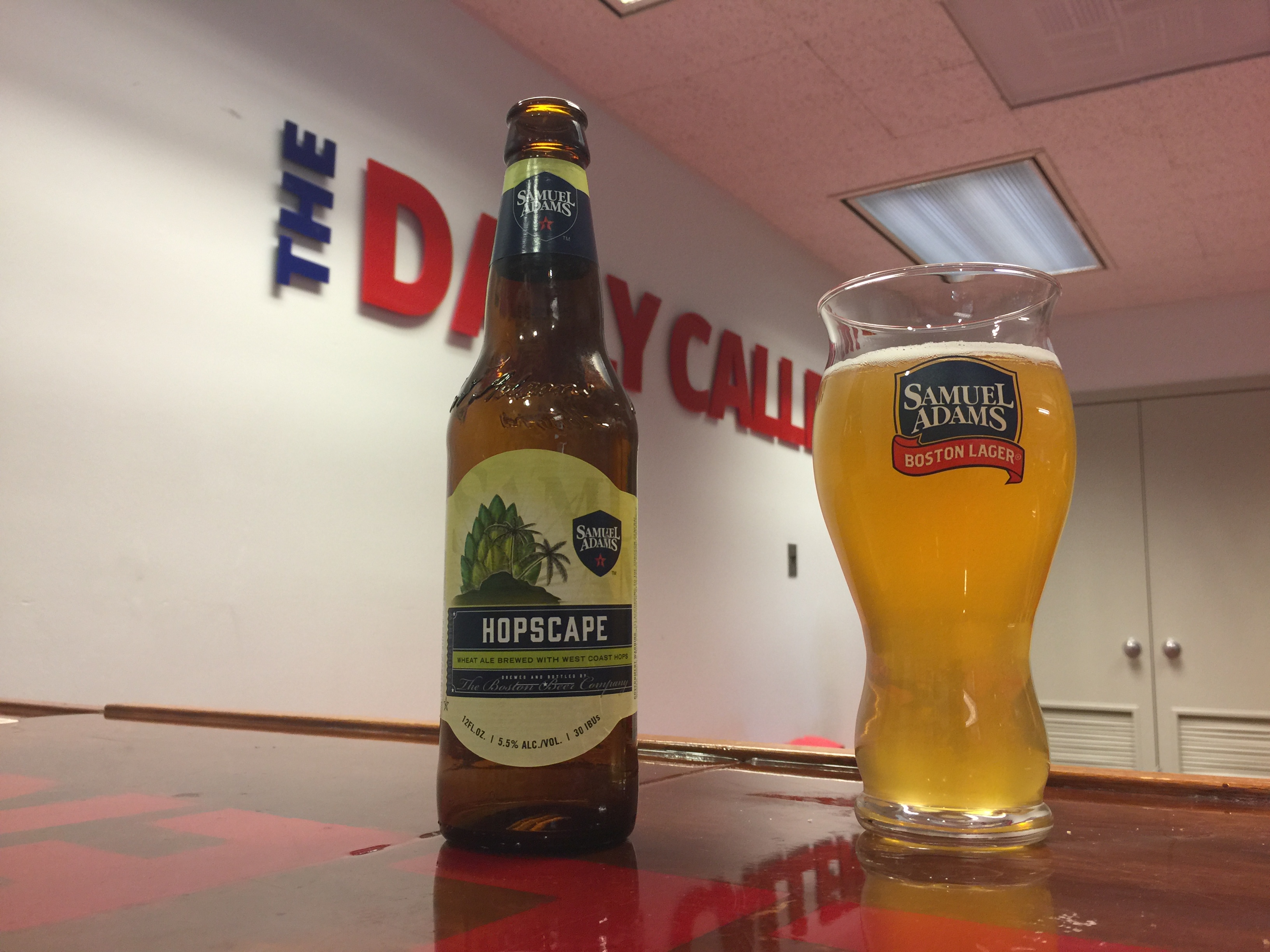 Despite what its name might insinuate, Hopscape is not really all that “hoppy.” On the tongue, the beer tastes more like a shandy, with fruity tones and just a hint of sour at the finish, making it a perfect pair for a warm spring afternoon.

Hopscape is an unfiltered wheat ale, meaning the brew is steeped with a large amount of wheat relative to malted barley — a brewing technique that produces a well-carbonated, crisp, refreshing product. A tad hazy, with a light orange body and a full frothy head, Hopscape makes for a pretty sight at first pour.

Sam Adams decided to use four kinds of hops for this wonderful pint: Zues, Centennial, Citra, and Chinook. Centennial and Chinook hops bring a citrus, piney, tropical flavor to the aftertaste. Zeus bring the light bitterness, and Citra works to add those fruity undertones.

Koch says the beer was made to compliment the final moments of winter, as beer drinkers are looking for a light escape to raise their spirits after a long dark, cold winter. 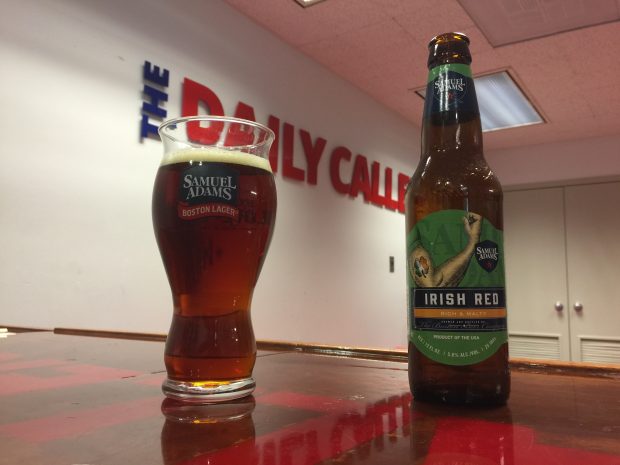 Mixing it up in this batch is the Irish Red, a type of beer synonymous with a beautiful amber body and strong malty character.

The genre gets its name from a style of beer reportedly brewed in Ireland around the 8th or 9th centuries, although the verdict is still pending on the true story. Either way, Sam Adams gives a nice hat tip to Irish Red’s of yore, providing an incredibly drinkable (and tasty) beer that works well in the final chilly moments of winter and the hottest days of the summer time.

While beer drinkers may not taste the hops, the beer actually has quite a few things added to it. Fuggles hops, a hop variety commonly used in porters and stouts, make an appearance and, along with Hallertau Mittelfrueh Noble hops, adds to the traditional taste one would expect of a darker beer. East Kent Goldings hops provide a floral aroma. St. Patrick’s Day is around the corner, making now the perfect time to crack open an Irish Red. 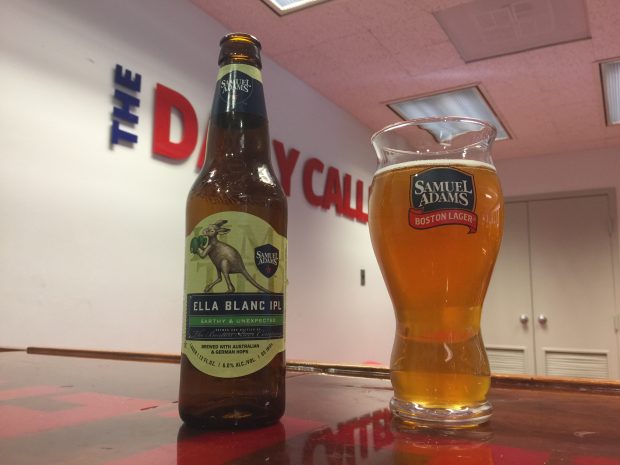 Ella Blanc is pretty damn close to the definition of an India Pale Lager (IPL), bringing the bitter punch of an IPA and the crisp finish of a lager.

With a body somewhere between amber and a deep orange, Ella Blanc pours out with a thick head and distinctly hoppy, yet malty, aroma. Sam Adams brew masters used two-row pale malt and Flaked Oats to provide a lighter base for the body, and added in Caramel 60 malt to round off the beer into its attractive coloring.

Ella Blanc is packed with Australian Ella hops, which in small amounts, provide floral and spicy tones to lagers and pilsners. When used in dry-hopping, a method where hops are added during fermentation, Ella hops impart tropical tones that can work to offset heavier, malty styles of beer. Ella hops add hints of orange and pine to this namesake beer.

The other hop used in Ella Blanc is Hallertau Blanc, which originates in Germany, adding tones of grape and lemongrass.

Weighing in at 6 percent alcohol, Ella Blanc is sure to get its drinker feeling right. Calorie counters (whoever those people are) need not worry, as this beer packs under 200 calories a bottle. 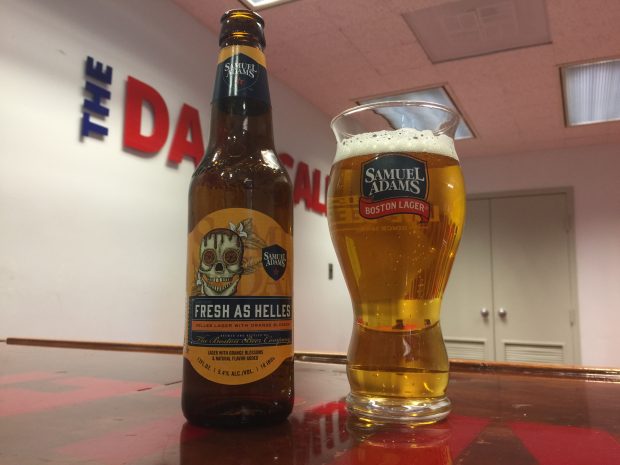 This beer is about as badass as the skull featured on its bottle. That skull actually serves to set up the drinker for what is in store once that bottle pops open. Go on, take a closer look. The skull has orange slices for eyes, honey dripping down its forehead, and wheat and leaves behind it to foreshadow the beer’s earthy, malty components.

Helles refers to a German style of beer that is known for its light, blonde body. In fact, the word “helles,” in German means “bright.” The style is also one of the most popular choices of beer drinkers in Germany. As such, the beer is seasoned with German hops, and packs a punch at 5.4 percent alcohol.

The head nearly flows over the glass at the pour, and one is immediately met with a sweet aroma. Brewers used two-row pale malt and orange blossom petals, which work together to provide a taste similar to Honey-Nut Cheerios or graham crackers — no joke. Fresh As Helles is only available through May.