The meeting that took place last Wednesday, the day after Trump spoke for the first time to a joint session of Congress, and it was not on the president’s public schedule. White House spokeswoman Hope Hicks confirmed the meeting to the New York Times. (RELATED: Hollywood Freaks Out Over Trump’s Revised Travel Ban) 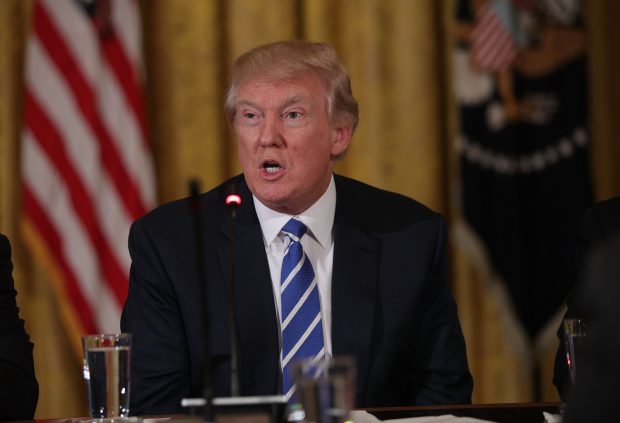 No word yet on exactly what the two spoke about for over an hour in the Oval Office, but it was reportedly to discuss Trump’s possible involvement in Levin’s show “Objectified.” Last fall, Trump was interviewed by the TMZ founder for a special on Fox News called “Objectified: Donald Trump.” (RELATED: Celebrities Freak Out Over Trump’s Immigration Restriction)

“The show was a huge success, and the two were discussing future opportunities,” Hope Hicks said.

Sources close to Levin told the paper that he was speaking with the president about another possible sit-down interview for his Fox News series “Objectified.” The series is expected to debut in September and will be a show that interviews celebrities who explain and talk about their most memorable items in their homes.

He also reportedly is interested in getting New England Patriots QB Tom Brady on the show and had sought the president’s help to make it happen.

Updated: This story originally only credited New York Times. It has been updated to include the original magazine that reported the story.