Sean Spicer said there is a “massive, massive difference” between leaking Hillary Clinton’s campaign chairman’s emails and leaking classified information from the CIA. 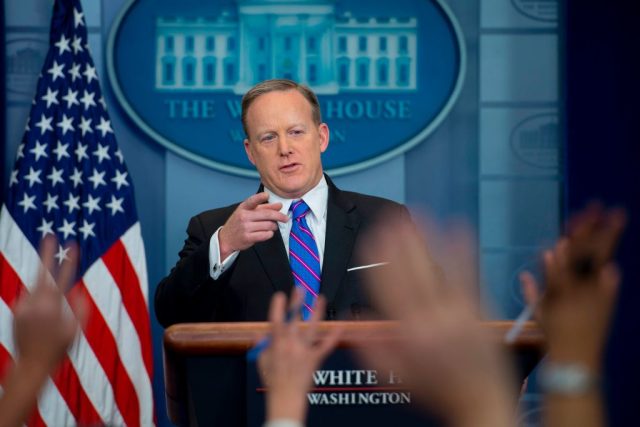 The press secretary asked where the Democrats who were outraged over the Clinton leaks are now in wake of the plethora of national security leaks in the Trump administration.

“The idea that we are having these onging disclosures of national security should have everyone outraged,” Spicer said during the press briefing Wednesday. “When it was about Hillary Clinton, there was complete outrage. It’s interesting how there is a double standard, when the leaks occur, over how much outrage there is.”

“There is a big difference between disclosing John Podesta’s emails and his personal thoughts on Hillary Clinton and the leak of classified information,” he continued. “There is a massive, massive different. The outrage that occurred from Democrats last year is interesting when it comes to some of our issues now on national security.”

“Anybody who leaks classified information will be held to the highest degree of the law,” Spicer warned. “We will go after anyone who leaks information and they will be prosecuted.”

Sean Spicer on leaks: “This should be a major concern to people” https://t.co/UDGPVxiJca