WASHINGTON — Sean Spicer held the daily press briefing at the White House on Thursday where he answered questions about criticism facing the GOP healthcare bill and reports that Mike Flynn acted as a foreign agent. Here are the highlights. 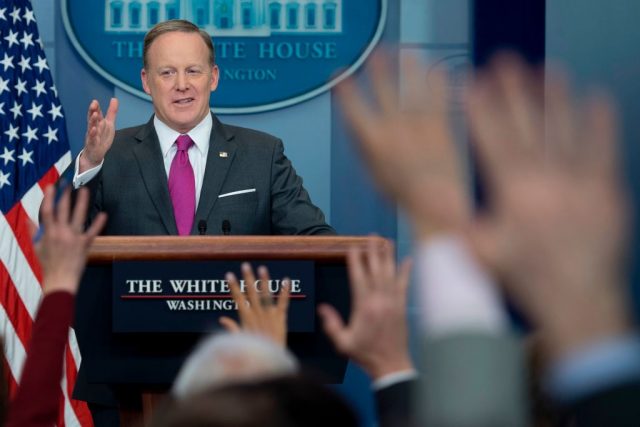 “Any major piece of legislation takes a lot of explanation,” Spicer said. “Something as complicated as this that deals with one-fifth of our economy isn’t a simple thing.”

“We will talk to any senator who has questions or concerns or ideas. The president had dinner with Sen. Cruz last night. I think you’re going to see a very aggressive, very robust push. If members have ideas, we want to hear them. We want to be part of it. This isn’t getting jammed through. We have to do this right so we don’t look back like the way we do now.”

“You cannot possibly believe that the current healthcare system is an effective program. It is a monstrosity.”

On the CIA’s ‘outdated’ systems

“There is a grave concern about the release of national security and classified information,” Spicer said. “Obviously, he [Trump] believes that systems of CIA are outdated and need to updated. I think the situation, technology wise, at CIA needs to be updated.”

“I don’t believe that that was known.”

Was president concerned when he found out?

“I think this is what he did for a living. As the president said in the press conference, talking to individuals that are within the realm of the duties you’re going to be perform is part of your job. He was a private citizen at the time.”

On if Trump still wants to end DACA

Spicer would not definitely say if the president still has plans to eliminate DACA. As recently as August, he said he would end it “immediately.”

“I think the president has been very clear on how he plans to address immigration,” Spicer said Thursday.

On Trump holding a campaign-style rally in Nashville next week

Spicer did not confirm, and referred reporters to the campaign website.

“I think the president is going to be doing some traveling next week.”