On Wednesday night, Samantha Bee went on basic cable and insulted a bunch of CPAC attendees for having “Nazi hair.” Here’s what that looked like.

Unfortunately for Bee’s sense of self-righteousness, one of those guys with “Nazi hair,” a young man named Kyle Coddington, only has that haircut because he’s undergoing treatment for brain cancer. Bee has since apologized to him — not for assuming the worst about a bunch of people she doesn’t know, based on nothing but their personal appearance and their attendance at CPAC, but for “offending” the young man — and donated $1,000 to his GoFundMe page.

She’s not sorry that she did her usual schtick. She’s just sorry that her mindless, sneering hatred of Republicans has finally backfired. It’s tough to claim the high road after shitting on a cancer patient.

Now the victim of her slur, Kyle Coddington, has responded. And it’s pretty much perfect.

If that’s too small to read, here’s an enlarged image: 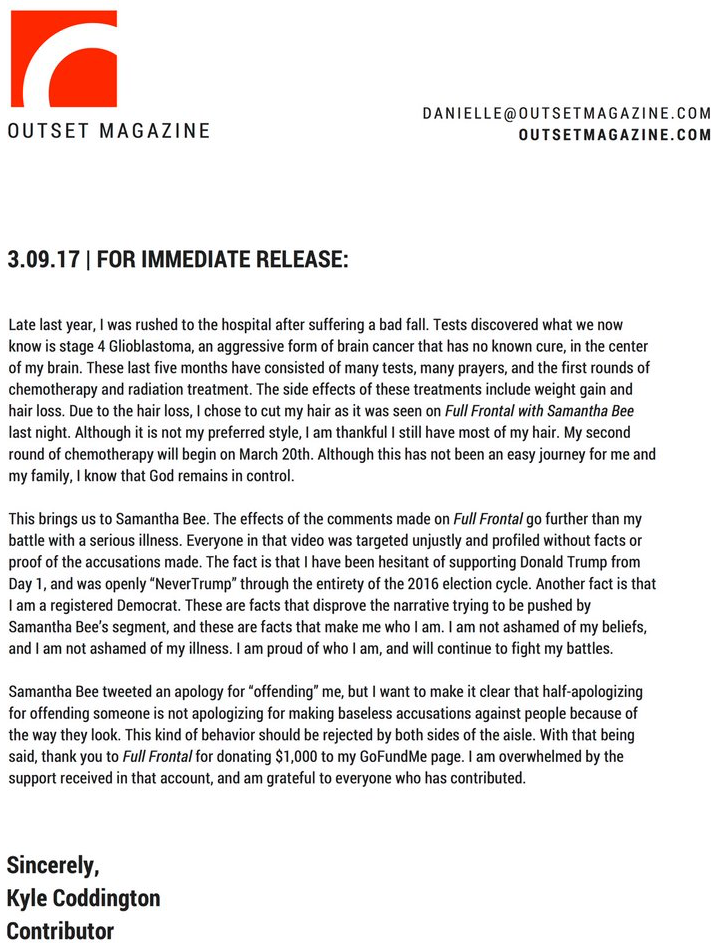 He’s a lot more gracious than I’d be if she had done that to me.