Political instability is gripping Seoul as the South Korean president is removed from office.

Park was brought down by an major influence-peddling scandal that ruined government officials, businessmen, and private citizens. Since the scandal first came to light in October, protesters have taken to the streets every weekend to call for the president’s impeachment. As Park is no longer president, she is vulnerable to prosecution for bribery, extortion, and abuse of power.

Park’s opponents want to see her in prison. Her supporters, however, are outraged.

When the ruling was announced, violence erupted in the streets of Seoul. Dozens of people — protesters and police — were injured in clashes. Two people were killed as they tried to break through police lines, and an elderly man died after suffering a heart attack. 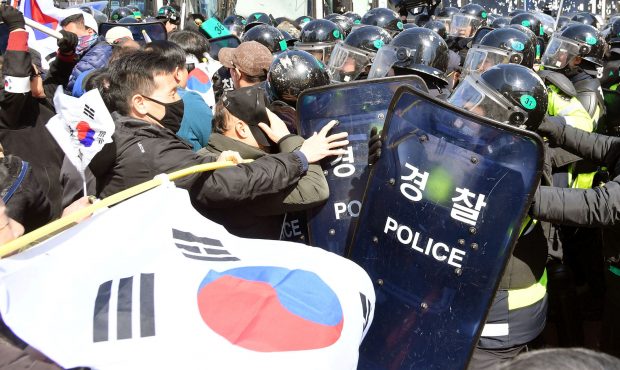 Park’s supporters were seen throwing rocks and concrete at authorities. Others attacked the police with flagpoles while demanding the destruction of the court. “We lost our liberty. We lost our Korea,” one protester told CNN. 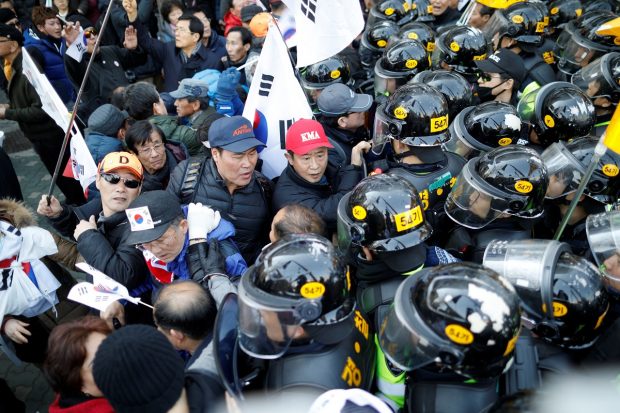 Supporters of impeached President Park Geun-hye scuffle with riot police during a protest after Park’s impeachment was accepted, near the Constitutional Court in Seoul, South Korea, March 10, 2017. REUTERS/Kim Hong-Ji

Acting President Hwang Kyo-ahn, a Park loyalist, has instructed the people of South Korea to remain calm and accept the ruling. Park’s supporters want the court decision overturned and the case heard by new judges. The former president’s critics want to take things a step further and prosecute Park for engaging in criminal activity.

“Impeachment is not the end. We’ve not dispersed, we’re still going forward, united,” one anti-Park protester told reporters. “She’s a citizen now. If she’s done something wrong, she has to be arrested.”

Park did not appear in court for the ruling, and she has yet to publicly comment on the ruling. Although she has apologized to the people of South Korea several times, she has consistently denied any wrongdoing.

Critics are not only going after Park, the spokeswoman for the protesters told Reuters reporters, they also plan to call for the resignation of the acting president.

The disgraced former president is expected to leave the Blue House and return to her private residence in Samseong-dong once certain security concerns have been addressed; however, no plans have been made for her departure.

The South Korean people will elect a new president on May 9.

The big issues for the upcoming election will likely include North Korean provocations, South Korea’s deteriorating relationship with China following the decision to install a U.S. missile shield on South Korean soil, and South Korea’s alliance with the U.S. under President Donald Trump. Business reform is likely to also be an important topic of discussion.

Ahead in the polls is Moon Jae-in, a liberal candidate who favors a softer stance on the North.