Kellyanne Conway said she wasn’t talking about Trump Tower specifically when she noted that there were a “number of ways” to surveil someone.

When George Stephanopoulos asked the president’s senior counselor why she suggested that Trump Tower was monitored in multiple ways during a recent interview, she clarified that she has no evidence that Barack Obama wiretapped the president.

“I wasn’t making a suggestion about Trump Tower,” Conway said during the interview Monday. “These are two separate things.”

“But that’s what you were asked about,” Stephanopoulos cut in.

“And I answered about surveilling generally,” Conway said. “I have no evidence, but that’s why there’s an investigation in Congress. That’s particularly what investigations are for. Of course, I don’t have any evidence for those allegations, and that answer has nothing to do with what the president said last week.” 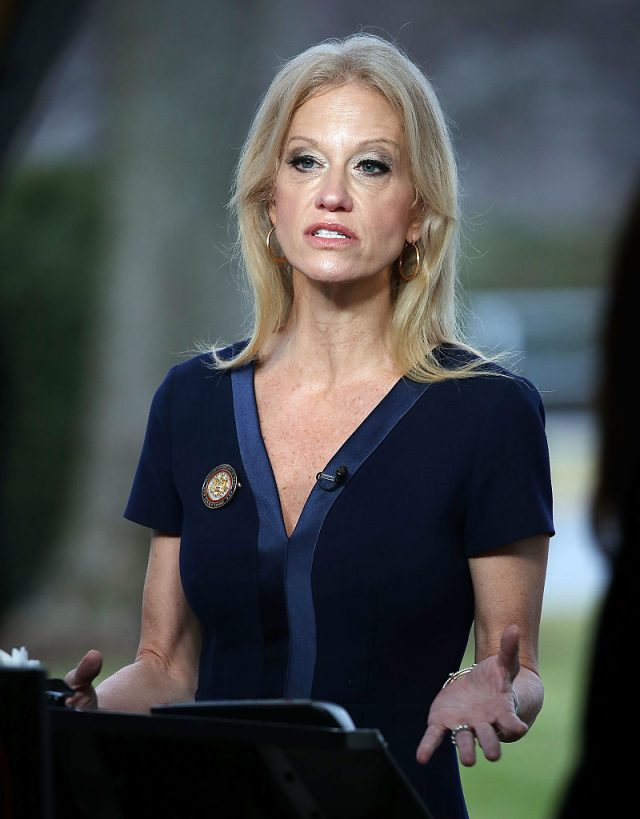 In an interview published Sunday, Conway said there was a wide variety of ways to spy on someone — including “microwaves that turn into cameras.”

“What I can say is there are many ways to surveil each other,” Conway said. “You can surveil someone through their phones, certainly through their television sets — any number of ways.”