Does anyone want to be ripped off? Absolutely not. Unfortunately, the United States, as a country, is being swindled by opportunistic foreigners. There is a rampant misuse of the immigration system where anyone with a 6-month visitor’s visa can come to the U.S. for the purpose of giving birth, being drawn by the promise of automatic American citizenship for the child. Part of the problem is a systemic policy shift towards liberalization in the manner of issuing visas to foreign individuals starting around 2010 by State Department.

According to a 2015 USDA report, “For families with lower incomes, the cost from birth through age 17 is $ 174,690 related to child rearing expenses.” If a foreign-born parent is not able to afford money for child rearing, the US Government bears the cost! As late Supreme Court Justice Scalia in an unrelated 4th amendment Supreme Court case Hudson v. Michigan, used a famous phrase in part, “The cost of entering this lottery would be small, but the jackpot enormous.” 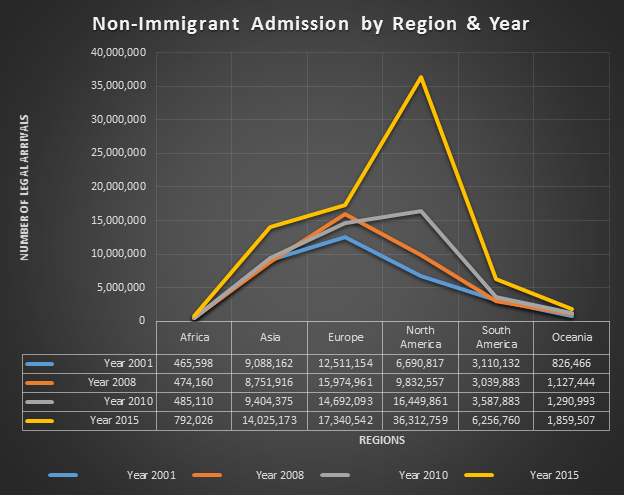 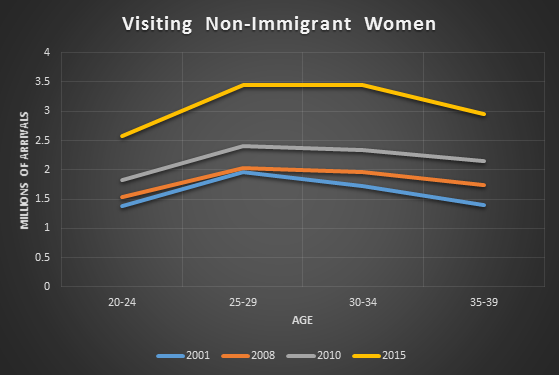 The situation became so dire that if, for example, an adult woman who in her 20’s has a visitor’s visa with a full validity of 10 years, but with a limitation of 6 months’ validity on each entry, one can imagine the childbirth visitor’s crisis. To catch this fraud, the DHS needs to categorize and co-relate each non-immigrant on a visitor’s visa with a validity of 6 months or less to the childbirth happening during their stay. Not surprisingly, the number would be very high based on the sheer number of people, come to this country for this purpose.  The number of visits of people coming from Mexico or Canada more than doubled to 36 Million arrivals between 2010 and 2015. These 36 Million arrivals did not include short term visits from Canada and Mexico. If some Non-immigrant family plans properly, they can have every single child a United States Citizen! American Tax payers and Federal Government will bear the brunt of this massive misuse of this loop-hole. 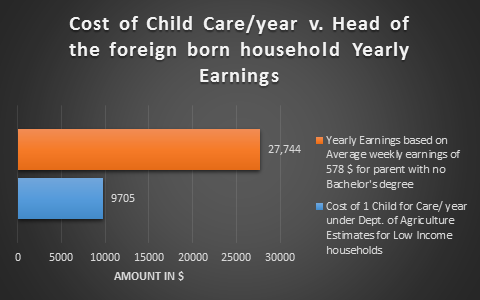 In the present globalized world, if there needs to be an orderly immigration, Congress needs to close many loop-holes involving child birth. A long-term solution is to eliminate automatic birthright citizenship of a child to a foreign parent. The short-term alternative would be to affirmatively declare at the port of entry on the form, that the women is not visiting the United States for the primary purpose of giving birth to a child. This would eliminate the loop-hole for those on short term Visitor’s visa validity of 6 months. The short-term solution, however, only works for visitors who are legally within the United States.

For those who come illegally into the United States and immediately seek asylum by surrendering themselves to the United States Border Patrol officers poses a difficult problem. Most of the women who has an initial hearing with asylum officer for initial determination of “well-founded fear of persecution” gets their file moved to the 4-8 years of long line of courts without considering the eligibility of appeal. The women will be eligible to apply for work-permit, as well as housing and nutritional assistance needs provided by the federal government. In the mean-time, the women will have multiple children, who become automatic American citizens by birth. The child birth starts an automatic clock for 21 years for sponsoring immediate relatives such as the child’s parents to permanent residents, irrespective of the outcome of the asylum! This is a massive loop-hole utilized by lot of migrants, who cross the border with the complete knowledge of the long wait-time involved in the adjudication of their case.

The problem with asylum seekers is once someone is in USA, there are afforded 5th amendment constitutional due process rights, including appeals to the asylum denial in the Federal court. To resolve this issue, the first step is to build a Wall across the southern border. The second step is to invalidate the availability of asylum at the port of entry. Only then, the immigrants should be allowed to apply for asylum through refugee quota, at US Visa Counselor Services in their home country, thus reducing the number of backlog of adjudication of the applications by Judges in the USA. This will also at the same time reduce the number of people on welfare and housing needs provided by the federal government for asylum applicants. By following these procedures, the Federal Government can eliminate some of the fraud perpetrated by the child birth visitors on the welfare system.

The entire problem revolves around assimilation of the child born to Non-immigrant parents. If the child was born in the USA, and taken back to their home country by the Non-immigrant parents, then that child essentially lives in a country with completely different culture. If the child returns after 20 years into the United States, then that individual is essentially US Citizen by birth, but culturally Non-American. If you magnify this problem, millions of American citizens who may or may not speak English language by their adult age re-enters into the United States. Due to the vast cultural differences, that adult essentially lives in a place secluded and in a zone where only their home country of origin people lives. The damage is already done in parts of the Country, where the entire neighborhood is exclusively utilized from a country of origin. If the current trend continues, the United States will not be the United States both culturally or economically in 40 years.