A group of families of the 2,996 people massacred in the Sept. 11, 2001 attacks is urging President Donald Trump to stand firm on his promise to support a new law that allows American citizens to sue foreign governments for deaths and other losses related to terrorist acts if the foreign governments financed those attacks.

The group, 9/11 Families and Survivors United for Justice Against Terrorism, sent a letter to Trump reminding him of his pledge after Trump met with Saudi Deputy Crown Prince Mohammed bin Salman on Tuesday. 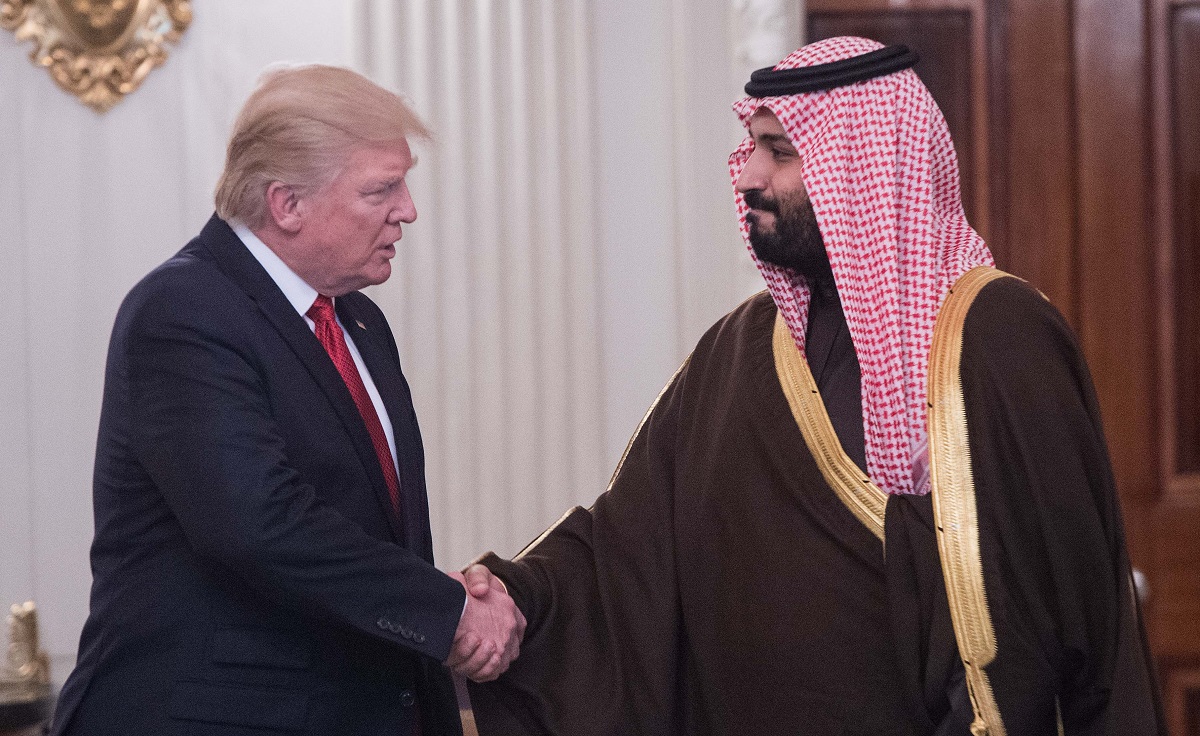 The legislation at issue is the Justice Against Sponsors of Terrorism Act (JASTA). Its immediate effect is to allow the 9/11 Families group to proceed in a longstanding civil lawsuit against the Kingdom of Saudi Arabia.

“This letter is inspired by news reports that today you met with Saudi Deputy Crown Prince Mohammed bin Salman al Saud,” reads the Tuesday missive to Trump from Terry Strada, a widow and the national chair for the 9/11 Families & Survivors.

“As you know, the Kingdom of Saudi Arabia is a defendant in our lawsuit because of the involvement of its agents in supporting the 9/11 hijackers, and for support that flowed to al Qaeda through institutions the Kingdom established and funded to spread a radical form of Islam that lies at the root of both al Qaeda and, more recently, ISIS,” Strada informed Trump. “Despite mounting evidence, the Saudis have refused to accept accountability for their actions and the injury they have caused across the globe.”

“The Saudis are engaged in a $1.3 million-per-month propaganda campaign to manipulate the public and Congress into supporting a gutting of JASTA, backed by more than a dozen lobbying firms and 100 registered foreign agents,” Strada’s letter to Trump says.

The $1.3 million-per-month figure relates to the exorbitant fees the Saudi monarchy has paid American lobbyists and public relations firms to fight against the right of Americans to sue terror-financing nations. (RELATED: EXCLUSIVE: Saudi Arabia Is Astroturfing America To Roll Back 9/11 Law)

The Kingdom of Saudi Arabia recently paid at least one large public relations firm — Qorvis MSLGROUP in Washington, D.C. — to recruit American military veterans who would agree to visit Capitol Hill to tell members of Congress that they oppose a new federal law allowing civil lawsuits against state sponsors of terrorism.

The veteran on the all-expenses-paid trips received free airfare and free meals. They stayed at the $500-per-night Trump International Hotel. (RELATED: EXCLUSIVE: Saudi Cash Is Sending Veterans On LUXURY Trips To Washington To Oppose 9/11 Law)

“This outrageous propaganda campaign — especially the disgusting effort to turn the veterans’ community against the 9/11 families — has been deeply hurtful to our community, and it must stop,” Strada wrote. “We would appreciate it if you and your Administration could make this point clear with the Saudi Kingdom, if you did not already have the opportunity to do so today.”

Salman, the Saudi deputy crown prince, was effusive in its praise for the U.S. president’s great understanding” of geopolitical problems in the Middle East. Salman characterized his meeting with Trump as a “historic turning point in bilateral relations” between the U.S. and Saudi Arabia. (RELATED: Saudi Deputy Crown Praises Trump’s ‘Great Understanding’ Of Muslim World)

In November, two Republican senators, John McCain and Lindsey Graham, proposed an amendment to the Justice Against Sponsors of Terrorism Act that would allow Americans to sue foreign governments for terrorist attacks only if the foreign nations “knowingly engage with a terrorist organization directly or indirectly, including financing.”

Opponents of the Justice Against Sponsors of Terrorism Act say that the law could potentially cause U.S. soldiers, diplomats and private citizens to be at risk because of retaliatory legislation in other nations. Opponents also say that JASTA dilutes the principle of sovereign immunity.

Supporters of the law say it will deter state-sponsored terrorism in the United States and give victims of Sept. 11 the possibility of redress in civil court.

Strada, the 9/11 Families & Survivors president, has been especially incensed about attempts by public relations firms to recruit veterans to speak on behalf of Saudi lobbying efforts.

Strada also suggested that the Saudi government is likely financing the trips to Washington.

“Senator Graham is now stabbing the 9/11 families in the back. He and Senator McCain are seeking to torpedo JASTA by imposing changes demanded by Saudi Arabia’s lobbyists,” the 9/11 widow said in a statement sent previously to TheDC. (RELATED: EXCLUSIVE: Saudi Arabia Is Astroturfing America To Roll Back 9/11 Law)

During his presidential campaign, now-President Donald Trump expressed vigorous support for the Justice Against Sponsors of Terrorism Act in its current form.