Oprah Winfrey would beat President Donald Trump in a 2020 matchup, according to results from a poll published Wednesday.

When voters were asked about who they would pick if the former talk show host actually did run for president against Trump in 2020, she leads him 47-40 percent in the new Public Policy Polling survey. (RELATED: Oprah Doesn’t Rule Out A Presidential Run) 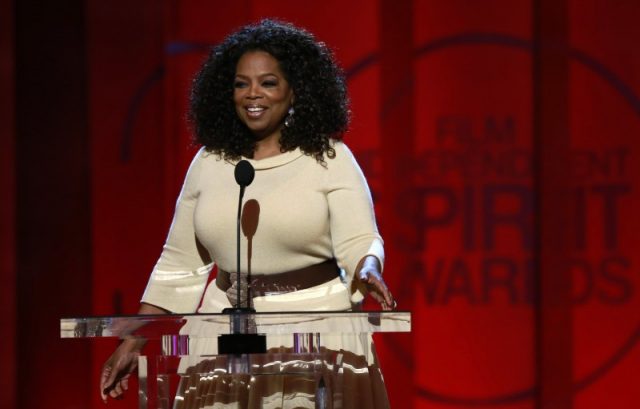 Winfrey also was found to have a higher favorability rating than Trump, with 49/33 percent versus the president’s, which currently sits at 43/50. (RELATED: Oprah Winfrey Endorses Hillary Clinton For President)

“Overall Trump has a 43% approval rating, with 50% of voters disapproving of him,” a summary of the results read. “The 43% approval matches the lowest we’ve found for him since he took office, but his disapproval is not as bad as the 53% we found for him right on the heels of the initial controversy over the travel ban.”

The question comes after she hinted she might be interested in a presidential bid in a recent interview.

“Given the popularity you have, and that we haven’t broken the glass ceiling yet for women, you could actually run for president and you could be elected,” talk show host David Rubenstein told Winfrey.

[dcquiz] “I,” Oprah said. “I actually never thought that was…I never considered the question even a possibility. I just thought, ‘Oh. Oh.'”

“It’s clear that you don’t need government experience to be elected president of the United States,” Rubenstein responded.