Facebook is rolling out a new feature called “Townhall,” in which users can expediently identify and contact their government representatives on the local, state and federal level.

The feature will make it easier for people to offer suggestions (or dish out criticism) to their elected officials, encompassing local city council members, mayors and governors.

The new component comes a month after Facebook CEO Mark Zuckerberg wrote a lengthy manifesto describing how he wanted the platform to be more than just about social media.

“For the past decade, Facebook has focused on connecting friends and families,” Zuckerberg wrote. “With that foundation, our next focus will be developing the social infrastructure for community — for supporting us, for keeping us safe, for informing us, for civic engagement, and for inclusion of all.”

Facebook promises not to make users’ addresses available to the public. 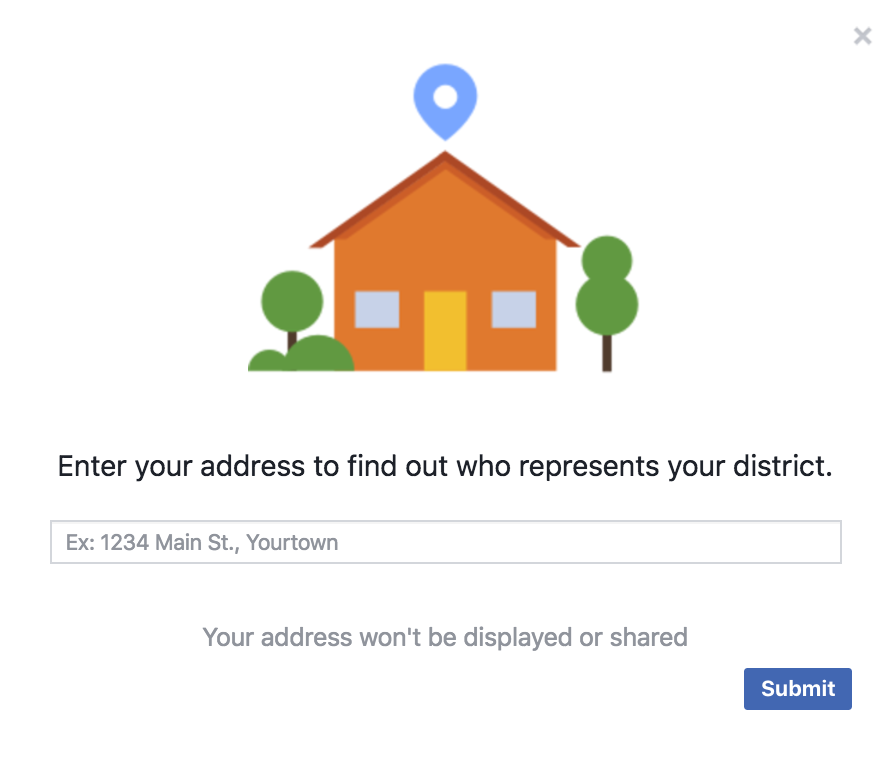 After a user enters their address, Facebook provides a complete list of their officials, as well as the options to contact them by calling, emailing, or messaging.

Users are also given the opportunity to “Follow” the representative, meaning they can keep up with their profiles and any news related to the official. “Following” means that the representative will show up on the News Feed, as well.

Not every local official is attentive to their social media profile, or even has a Facebook account at all, so there are limitations to the new application.

During the run-up to the 2016 presidential election, including Nov. 8, when citizens go to vote, tech companies like Google, Twitter, and Facebook offered tips to help users find their official polling place.

“So far, more than 2 million people have registered to vote by going through Facebook, some for the first time, according to estimates based on available data,” Zuckerberg wrote on his own platform.

“This makes it one of the largest voter registration programs in history.”