Donald Trump boosts defense-related spending by tens of billions of dollars and calls for significant cuts to domestic programs like the Environmental Protection Agency in his first proposed federal budget. 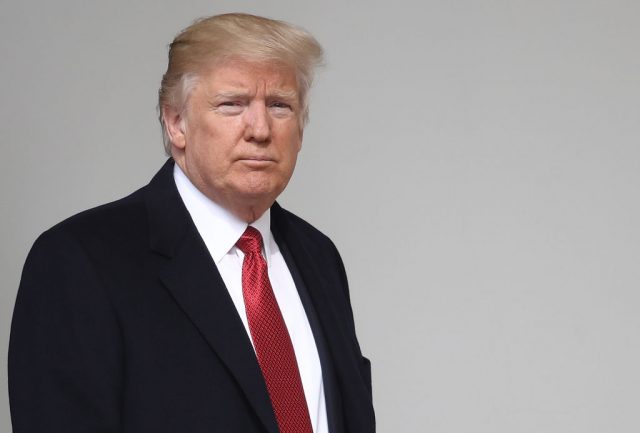 Office of Management and Budget Director Mick Mulvaney said on a call with reporters Wednesday that the “America First budget” fulfills key promises the president made on the campaign trail.

“In fact, we wrote it in the president’s own words,” Mulvaney said. “We went through his speeches, his comments, we talked to him and we wanted to know what his policies were, and we turned those policies into numbers.”

Mulvaney said the budget, which will be submitted to Congress Thursday, uses reductions in specific agencies to justify increases in others. (RELATED: Trump’s Budget Plan Expected To Include Cuts Of Historic Proportions)

“If you find a $54 billion addition, you will find a $54 billion reduction,” he said. “We have simply not added to the deficit in order to accomplish these policies. You’ll see reductions in the State Department, the Environmental Protection Agency, and in many agencies, as he tries to shrink the role of the federal government.”

“If he said it on the campaign trail, it’s in the budget.” 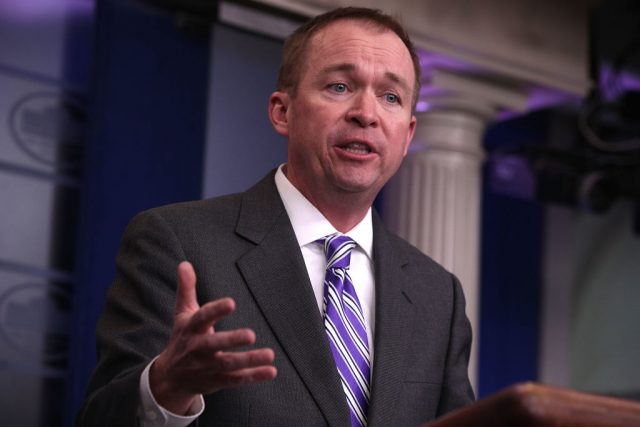 Mulvaney warned there is a “fairly dramatic reduction in State Department” spending. He estimated 28 percent, but could not recall the exact number. Earlier reports suggested State Department and the U.S. Agency for International Development budgets would be cut by 37 percent.

“That is not a commentary on policy,” Mulvaney said. “It’s a commentary on what’s in their budget. We believe we have protected the diplomatic function of State and this is not a reflection of his policies towards State.”

The budget shrinks spending for the Environmental Protection Agency and the Department of Housing and Urban Development, but Mulvaney maintains that these agencies will still be able to perform their key functions.

“The functions can be satisfied with this budget. We have given [department heads] a tremendous amount of flexibility within their agencies. The actual budget blueprint will hit the highlights. You will not see a spreadsheet that goes line by line through the budget.”

Mulvaney said the budget revolves around the president’s policies — “defense, border enforcement and money for the wall.”

“This is a budget blueprint,” he warned. “Not a complete budget. You will not see revenue projections or policy statements or mandatory spending. This is discretionary budget only.”

Mulvaney is scheduled to appear with press secretary Sean Spicer at the daily briefing Thursday afternoon at 2 p.m. Read the full blueprint for the budget here.