Glancing around the salon, she took a seat and flashed a smile, “I’m so nervous!” 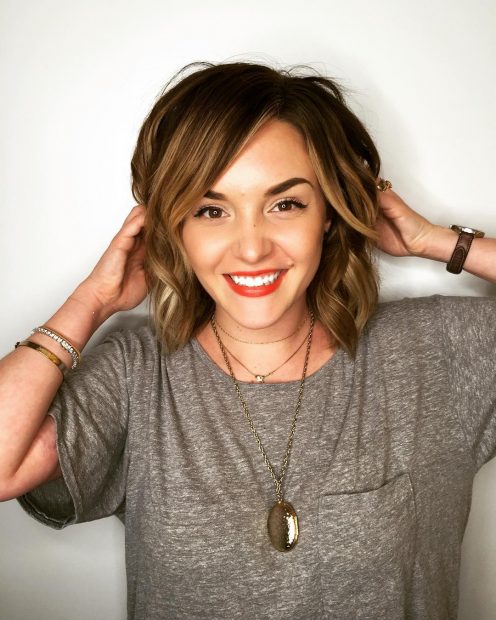 In a field dominated by blue, she’s one of the lone Republicans sitting atop the ranks of D.C.’s cosmetology industry.

The Daily Caller News Foundation spent an afternoon with Leigh at Immortal Beloved, a salon nestled between Bar Pilar and Peet’s Coffee on 14th Street. ELLE Magazine rated Immortal as one of the top 100 best hair salons in America in 2015, and only one other salon made the list alongside Immortal for the D.C. area. To put that into perspective, the U.S. has an estimated 76,000 beauty salons across the country.

“I [have] felt kind of alone, and that I should be quiet,” she said while we finished setting up the cameras. “I think I felt like an outsider” in an industry that “definitely leans to the left.”

Election data backs up that claim; data analytics company Verdant Labs pulled information from Federal Election Commission campaign contribution data, and found that for every 100 hairdressers and stylists, 66 are Democratic. That number is likely higher in the District, where 76.02 percent of residents are registered Democrats. Republicans make up only 6.21 percent of the city.

behind the scenes shot from today's project. #comingsoon

The salon — usually bustling with stylists, colorists and clients — is quiet on Mondays. The open floor plan is divided by woodwork done by the salon’s owner, Kelly Gorsuch (no relation to the potential Supreme Court judge) and Caleb Woodard. A few employees stood scattered between the giant wood beams practicing cuts and hair-coloring to soft music playing over the speaker system.

More often than not, you’ll find Leigh, a principal cutter, on the floor. The salon uses a tiered experience system, starting with junior cutters and colorists and going all the way to icon. She estimated she cuts over 30 clients a week and fields anywhere from seven to 10 in a day. That’s a lot of magic to work, but she didn’t mind talking with TheDCNF on her day off.

We caught some disapproving glances when Leigh cut the music for the interview, but this wasn’t the first time a camera crew was in the studio for her. She has filmed cutting videos for Immortal before. 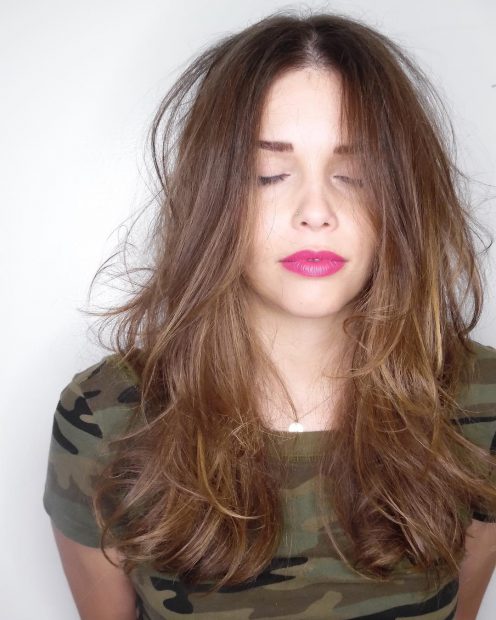 It hasn’t been an easy year for Leigh, who found herself at the epicenter of political venting. A stylists’ chair is where many people go to digest feelings and seek counsel, and in a city where only 4.1 percent of the population voted for Trump, she spends a lot of time practicing professionalism.

Almost 91 percent — 282,830 — of the District voted for failed Democratic candidate Hillary Clinton in the 2016 presidential election. Leigh recalled what it was like walking into Immortal Beloved Nov. 9, the day after Hillary lost.

“The day after the election was a little weird,” she said. “It was quiet. No one was really talking, it was kind of somber. Clients were pretty silent, [and] I think everyone was … a majority of people were pretty bummed, I would say.”

That means most of the women taking a seat in Leigh’s chair have a thing or two to say about our 45th president.

“I did feel a little more isolated right after the election,” she said. “You know, we live in a bright blue city and it was a lot of discussion of why I’m wrong for believing in the things that I believe in, or what’s just not quite right about being a conservative. That’s not easy, to sit through your day and have, you know, back-to-back 10 clients … It’s not easy, but you just do it.”

Even though some days are tougher than others, Leigh stressed that politics should never be a factor in whether or not you choose her. 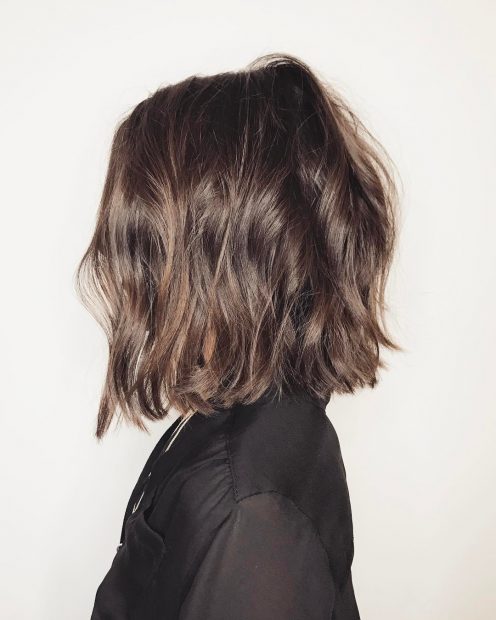 “I don’t care where you’ve come from. I don’t care what side of the aisle you’re on. I just want to make people feel good, and that’s why I love my job so much,” Leigh explained.

She judges you not by political affiliation, but by the shape of your chin, height of your cheekbones and curve of your nose. The world is more partisan and emotionally-charged than ever, she said, and she wants to provide an experience that’s “all about you.”

“We live in a place where there are a lot of different opinions and that sometimes leaves us as adversaries. I’m bummed that people treat each other as such just because of the election. When we reduce one another to who we voted for, we miss out on a lot of cool stuff and a lot of cool people. Working behind the chair providing a luxury product is a lot of fun for me, and I want to show everyone in The District just how awesome they can feel.”

Leigh prides herself on being involved with the salon, and actively teaches classes with Kelly to Immortal’s apprentices. Taking two at a time, they start by teaching hair theory, game theory, Nash Equilibrium and professionalism. The next steps are head shape, texture, the theory of cutting and practicing on mannequins — eventually, the apprentices graduate to live models.

This whole course takes a year, and Leigh likes to think she imparts some open-mindedness along the way.

Now that she’s been in the industry for awhile, Leigh is more confident speaking her mind. “As I’ve stepped into the professional world I feel a little more comfortable talking about these hot button topics,” she laughed, looking over at a coworker. “It is true that sometimes we run a little hot.” 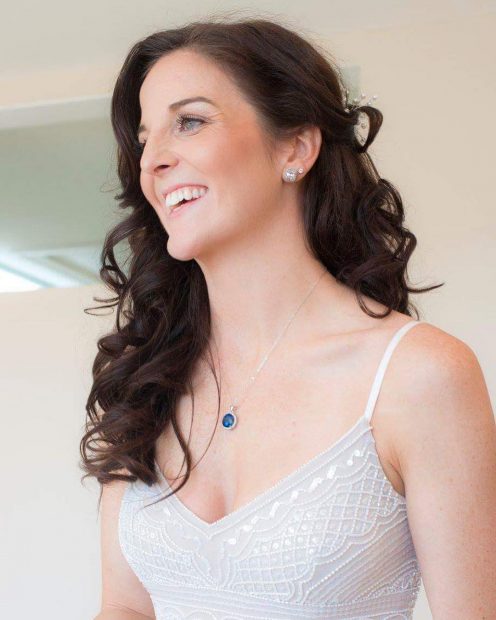 Politics isn’t the only reason she stands out among her peers.

Leigh describes herself as an “old school feminist” who has disdain for modern feminism that seems more about liberalism than it does about empowering women.

“I truly do believe us women need to build each other up and constantly empower one another,” she said. “I’m reading about how both Hillary [Clinton] and Kellyanne [Conway] get ripped apart with super sexist remarks and it’s pretty disheartening. Especially when it’s coming from both sides and no one is safe.”

Most recently, Conway was attacked for how she chose to sit on a couch. Rep. Cedric Richmond said Conway looked “familiar” on her knees during a speech March 1, in reference to a picture of Conway with her feet tucked under her on a couch in the Oval Office.

That is the kind of ugliness Leigh is worried about. She hopes that in an America that seems more divided than ever, the hour or two you spend with her can be an oasis from the polerization.

Leigh knew she was taking a risk by doing this profile. Clients are not beholden to their stylist, and there’s always the possibility she could lose business by being so frank about her views.

“I feel like I might be taking a risk putting myself out there into the world as a conservative. It’s a shame that I, and I’m sure other conservatives, have felt this way at some point, feel like I have to hide in the corner and keep my thoughts to myself because I’ll get ganged up on if I speak up,” Leigh confessed. “But this isn’t about politics for me. This is about treating other people with decency.”

Oh, and she shared a parting tip with TheDCNF: If you want Leigh to fall in love, bring her cheese.

“If you want to win my heart just bring me cheese,” she laughed. “I’m easy.”