“From everything that has been publicly available, on several occasions, the DNC was asked by the F.B.I. to alleviate all their concerns about leaking, yet that question still hasn’t come out,” the White House press secretary opened. “Why would the DNC on multiple occasions rebuff the F.B.I? … If they were so concerned with leaks and hacking, why did they not allow the F.B.I. to come look?”

“There is a serious question here,” he continued. “They’re very clear about all the concerns they have along with the leadership of the Democratic party, and yet when it came to hacks and leaks out of the DNC they’re quick to jump to the conclusion about who did it, yet they wouldn’t allow the F.B.I. to investigate.”

Spicer cited the Obama administration and Hillary Clinton’s own Russian ties as evidence to support his claim.

“When you look at the Obama administration and the Clintons’ involvement with Russia, in terms of donations they received from Russian entities… yet where was the concern for that?” he expanded. “What are we doing to look into that?” 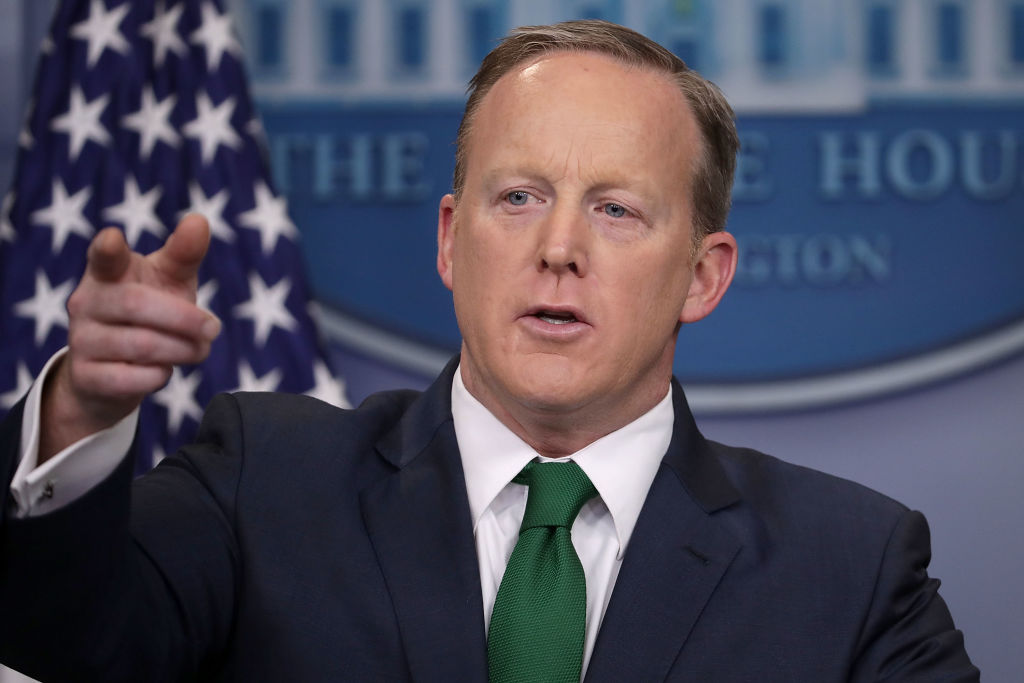 “It was the Obama administration in 2009 that talked about a reset with Russia and a desire to reset relationships. It was Hillary Clinton who signed off on a deal that gave a Russian company one-fifth the U.S.’ uranium supply… Where is the concern on the Hillary Clinton thing?”

Spicer accused Democratic Party of being “quick to point fingers, and yet when it comes to discussing their own collusion or questions involving their involvement with Russia officials or buy-offs to the Russians, there’s no discussion there.”

“You’ve got to wonder on both sides, where’s the parity when it comes to these types of investigations?”

OPINION
1
UFC Superstar Stops Rioters In Awesome Video
Editorial
2
STONE: Now That I'm Ungagged, I'd Like To Say A Few Things About My Prosecution
Opinion
3
1 Person Reportedly Dies After National Guard, Police Return Fire On Crowd
US
4
'An Oval Office Address Is Not Going To Stop Antifa': Kayleigh McEnany Responds To Riots
Politics
5
Black Firefighter Spent His Life Savings To Open A Bar. Then Minneapolis Looters Burned It Down
US