Senate Democrats put Judge Neil Gorsuch on the defensive during his third appearance before the Senate Committee on the Judiciary Wednesday, grilling him over one of his holdings that was reversed by the Supreme Court and for his alleged ties to “dark money.”

The exchanges marked the first time Democratic attacks on the judge seemed to gain traction, since GOP aides rushed spin to reporters for the first time in the hearings. Despite this, there was a tangible sense inside the Capitol Hill committee room that the main work of the hearings had more or less concluded. Empty seats filled the press gallery, before a dais that was nearly vacant for most of the day.

In the early minutes of the hearing, the Supreme Court handed down a ruling which overturned one of Gorsuch’s own holdings. The case involved an autistic student seeking compensation for costs incurred pursuing private education. The student’s family argued they were owed compensation because a special education plan devised by the student’s public school was inadequate to meet his needs, forcing the family to seek a private alternative. 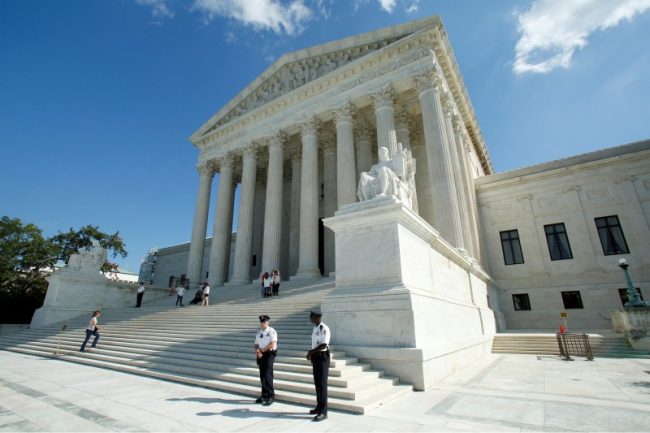 A lower court found in the school’s favor, and anchored much of its analysis in an opinion Gorsuch wrote in 2008 as a judge on the 10th U.S. Circuit Court of Appeals. In the ruling, Gorsuch said schools are in compliance with the Individuals with Disabilities in Education Act (IDEA) — which requires public schools to provide disabled children with a “free appropriate public education” — so long as they provide some form of educational benefit to the student.  The Supreme Court unanimously overturned this holding, finding public schools had to provide a greater level of benefit than Gorsuch asserted.

Senate Democrats trumpeted the decision as further proof Gorsuch consistently aligns with the powerful, a theme on which they hit throughout the week.

Senate Minority Whip Dick Durbin was the first Democrat on the committee to raise the breaking news with Judge Gorsuch.

“[It] was a unanimous decision by my court,” Gorsuch said of his ruling. “It included on the panel of three judges an appointee who happened to be appointed by a Democratic president.” He went on to argue that he was bound by circuit precedent — a case called Urban v. Jefferson County — to rule as he had, and that it represented a decision with which he disagreed but felt bound by case law to reach.”

“If I was wrong, I was wrong because I was bound by circuit precedent,” he said.

Durbin countered that Gorsuch had ruled against disabled students in eight of the ten IDEA cases he adjudicated.

“To suggest that I have some animus against children, senator, would be mistaken,” Gorsuch said.

“Judge, please. I am not suggesting that,” Durbin replied tartly. 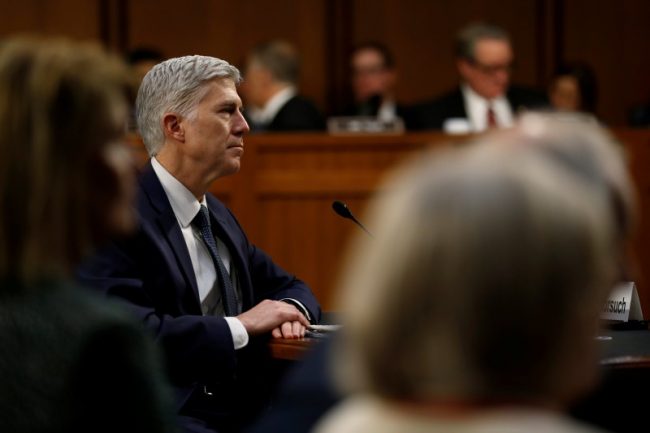 Democratic Sen. Sheldon Whitehouse of Rhode Island revived a line of questioning begun Tuesday, and asked Gorsuch about the dark money campaign being waged to secure his confirmation. A conservative advocacy group, the Judicial Crisis Network, has put $10 million behind a national effort to ensure his nomination passes Senate muster. A report in last week’s New York Times pointed out very little is known about the group’s donors.

Whitehouse said the influx of dark money into political campaigns has destroyed public confidence in the integrity of elections, and accused judges who accommodate such activity of serving Republican political interests.

“I think that is very damaging to American’s confidence in their government on both sides of the aisle, which I think is one of the reasons why all three of the major commentators on the Supreme Court have basically described them in the modern age as instruments of the Republican party,” he said.

“I’m distressed to hear you think that judges or the Supreme Court is an organ of the party,” Gorsuch responded. “I know you feel that way, and it distresses me. I just don’t see judging that way.”

[dcquiz] The most consistent line of attack from Democrats, focused on Gorsuch’s evasiveness to key issues of law.

In recent confirmations, judicial nominees have been purposefully circumspect concerning their views, in order to avoid antagonizing senators and to retain impartiality in future cases. Gorsuch largely followed this precedent, repeatedly ducking pointed questions from Senate Democrats with rehearsed responses.

Unable to land a blow on Gorsuch during Tuesday’s hearing, most committee Democrats criticized Gorsuch’s ambiguous or non-committal answers, setting a basis on which to oppose his nomination without appearing political.