President Trump’s personal communications may have been incidentally captured as part of a surveillance sweep conducted by the Obama administration, House Intelligence Committee chairman Devin Nunes revealed on Wednesday.

Speaking to reporters on Capitol Hill, Nunes said that there have been “significant developments” in his committee’s investigation into any Obama administration surveillance of the Trump team.

“I recently confirmed that on numerous occasions the intelligence community incidentally collected information about U.S. citizens involved in the Trump transition,” Nunes said.

“Details about U.S. persons associated with the incoming administration, details with little or no apparent foreign intelligence value, were widely disseminated in intelligence community reporting.” 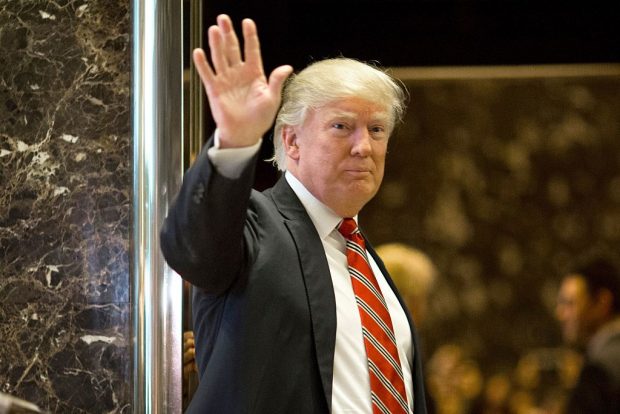 Nunes suggested that a source had provided new information showing that the Obama administration incidentally collected information on Trump and the Trump campaign. He also said that some of the Trump team members whose communications were picked up may have been illegally unmasked by the intelligence community.

The California Republican added that he had confirmed that “additional names of Trump transition team members” were unmasked. None of the surveillance was related to Russia or the investigation into Russia’s activities prior to the election.

“I believe it was all done legally. I think it was all obtained legally,” he said, while expressing greater concern for the unmasking of the people picked up in the surveillance.

“From what I know right now, it looks like incidental collection, we don’t know how exactly that was picked up,” he said, noting that the information he saw was collected after Trump’s election and before the inauguration.

The information picked up by intelligence agencies was also disseminated through “raw intelligence reporting channels.”

Despite the new information, Nunes maintained that there is no evidence yet that the Obama administration ordered a wiretap on Trump Tower, as Trump claimed on Twitter earlier this month. Nunes recently said that Trump’s claim should not have been taken “literally.”

[dcquiz] Nunes also said that he will be briefing the White House later on Wednesday about the new information.

Asked by reporters how to characterize the surveillance, Nunes declined to say whether he believed it could be defined as spying.

“I guess it all depends on the definition of ‘spying,” Nunes said.

“I’m not going to get into legal definitions here, but clearly I have a concern.”