It didn’t take long for Rep. Mo Brooks’ Thursday interview on MSNBC to come to a grinding halt. 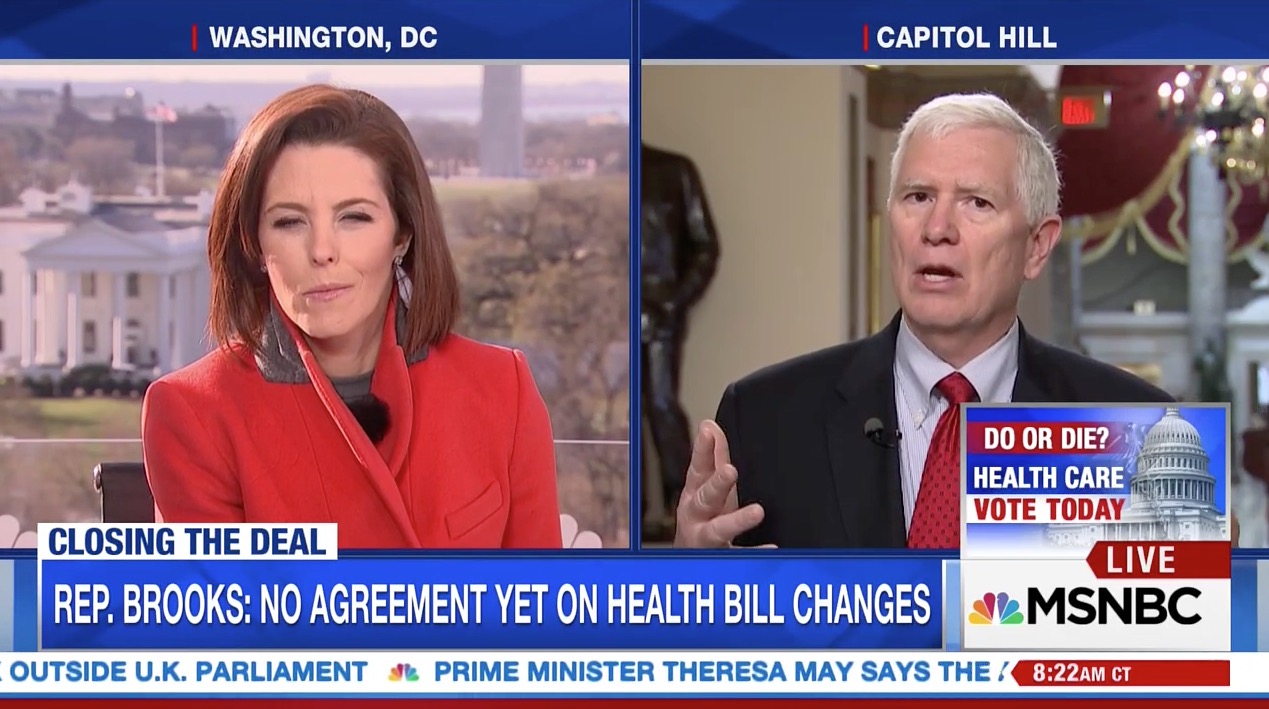 The Alabama Republican was detailing his opposition to the American Health Care Act — scheduled to be voted on by the House Thursday evening — when host Stephanie Ruhle’s feed was dropped.

Instead of noting technical difficulties, MSNBC opted to switch to a solo shot of Brooks, who just stood there silently for several awkward seconds.”

“I’m not getting any sound.”