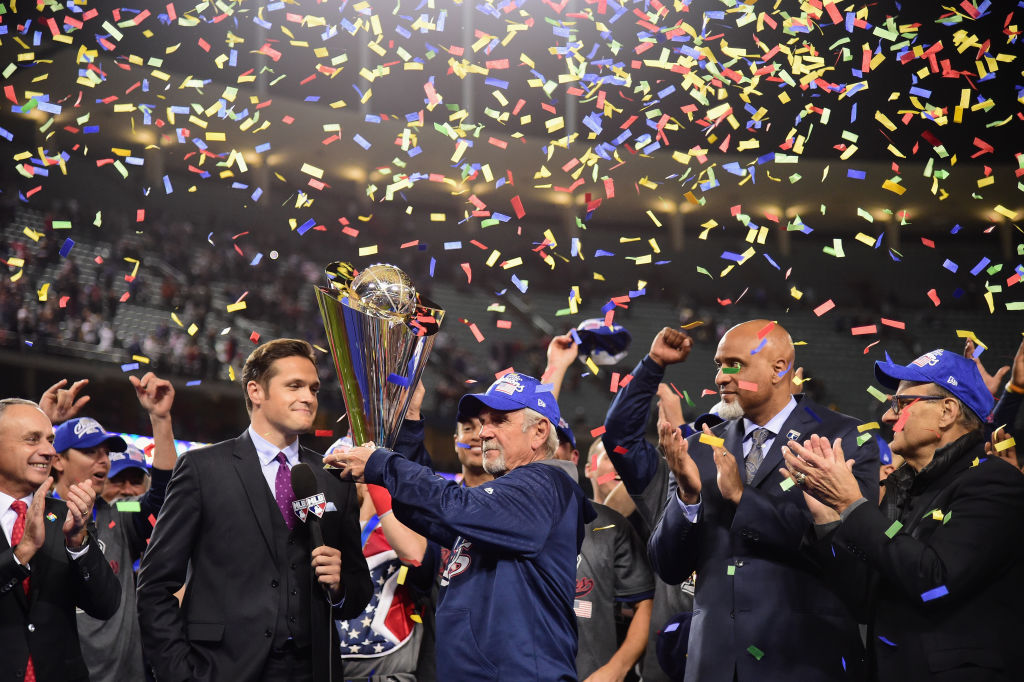 “Like I said in my pregame,” Leyland responded with a smile on his face. “We were just trying to make America great again.”