WASHINGTON — Sean Spicer was peppered with questions about the proposed Republican health care bill at the White House Friday. Here are the highlights from what the press secretary said. 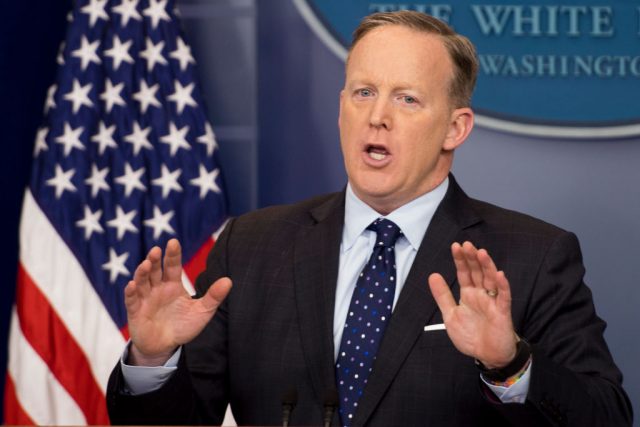 “He left everything on the field,” Spicer said. “The president and his team have committed everything they can to making it happen.”

Spicer said the speaker joined the president for lunch, and that the two were discussing a way to move forward with the bill.

“I think the speaker is currently having a conversation to talk about where that vote count stands. At this point, it’s not a point of negotiating anymore. It’s understanding the greater good that’s at hand. There’s no question in my mind that the president has left everything on the field here.”

“We are going to continue to work as late as we can to get votes. The president made it clear last night — this is it. He has a lot left on the agenda…There’s so many other things that he wants to get done.”

“It’s ultimately them that have to go down on the floor and vote.”