Racism officially died in America this past Saturday morning thanks to a heroic effort from the Florida basketball team against Wisconsin.

I have been the most outspoken critic of the racism and white supremacy that fuels March Madness, especially the Wisconsin Badgers basketball team. In my pursuit to be the least racist person ever born (props to me for recognizing the importance of my sacrifice), I have stood guard against the white supremacist Badgers, who have somehow manipulated an oppressive system to their advantage with mostly white and under-recruited athletes.

I have argued and fought against my own alma mater in the name of equality and fairness. However, I worried no matter what any team did, the Badgers and their roster of white farm kids could never be beaten. Racist people blind to their own privilege argue Wisconsin is successful because of work ethic and fundamentals.

Once again, those dog whistles need to thrown into the trash can of history and left there. Did I want my school to have success? Of course I did, but not at the price of promoting a system that has made millions on the backs of exploited young black men. (SLIDESHOW: Celebrate College Basketball With These Sexy Cheerleaders) 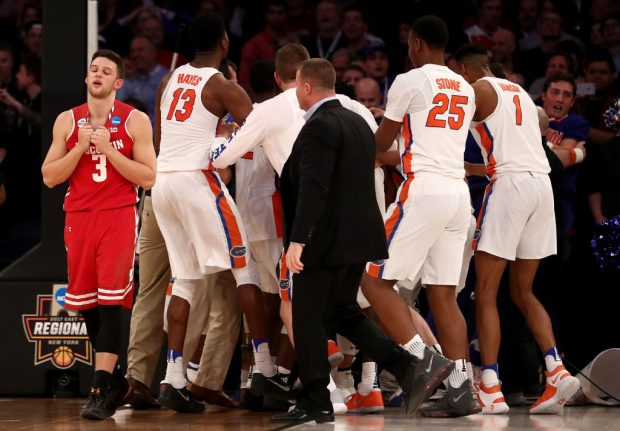 Luckily, white supremacy and racism died Saturday thanks to the Florida Gators, who slayed the great racist dragons of Madison on an incredible shot.

Now some might argue that Florida was supposed to win that game easily. They were a higher seed, favored in Vegas and had better recruits. This is once again ignorance that simply ignores the power of white supremacy. The fact Gators needed a desperation three to win instead of doing it in blowout fashion only further proves the system was setup to defend and protect the rights of white teams with less talented players.

Perhaps there’s a broader message to be learned there about America as a whole. 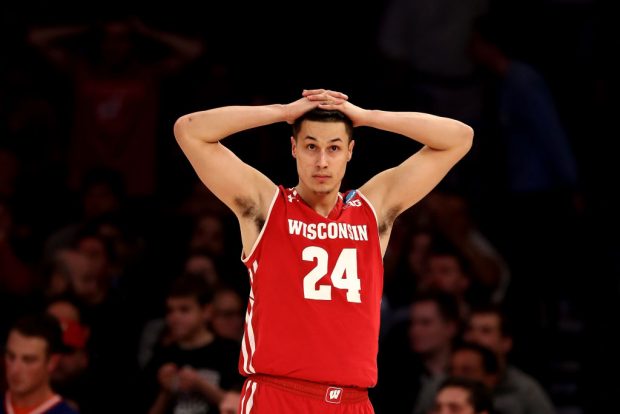 So here I am sitting on my computer a couple days afterwards contemplating the future of college basketball. On one hand I am disappointed that my school didn’t do better, even though we had so much white privilege and were operating in a system designed to protect our vastly inferior white players. Losing is never fun, but America won when the Badgers lost because racism died on the court at Madison Square Garden.

Am I a hero for essentially ending racism in America by motivating the crowds and Florida players to win? It’s tough to say but the likely answer is I absolutely am indeed a hero. I was willing to murder my own team’s championship hopes in order to end white supremacy and racism forever. I took a bullet nobody else was willing to take.

So in closing, congratulations America. Racism is officially over and the dead souls of my classmates and brothers from Madison paid the ultimate price, but I think we can all agree that was a sacrifice that just had to be made.