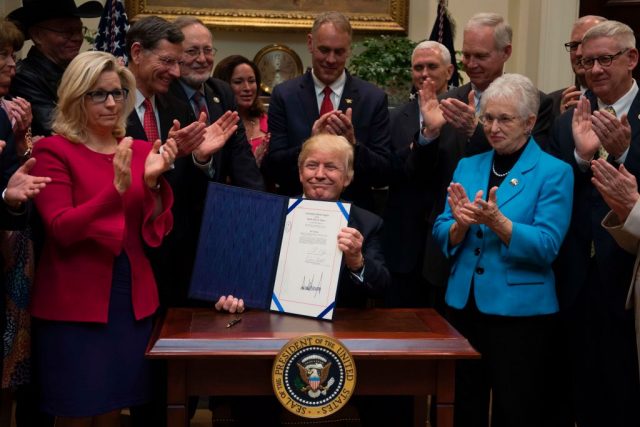 The president canceled the “Fair Pay and Safe Workplaces” rule, which blacklists companies from receiving federal contracts if have violated labor rules in the past, the “Planning 2.0” rule, which dealt with how to use 245 million acres of federal land and was opposed by the energy industry, and two regulations under the “Every Student Succeeds Act,” which Trump said removes “an additional layer of bureaucracy to encourage freedom in our schools.” 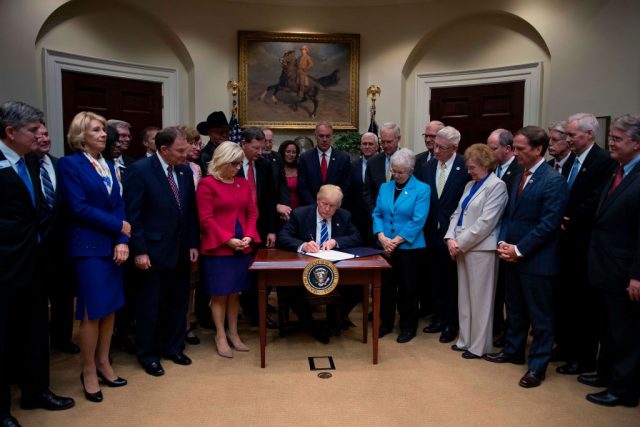 As he signed the orders, Trump said there was “a lot more coming” and he would “remove every job killing regulation we can find.”

“This was a lot of work by a lot of people to get this done,” Trump said. “It will lead to a lot more jobs for a lot more people.”