WASHINGTON — The White House was on lockdown Tuesday morning after a man approached the Secret Service with a suspicious package. 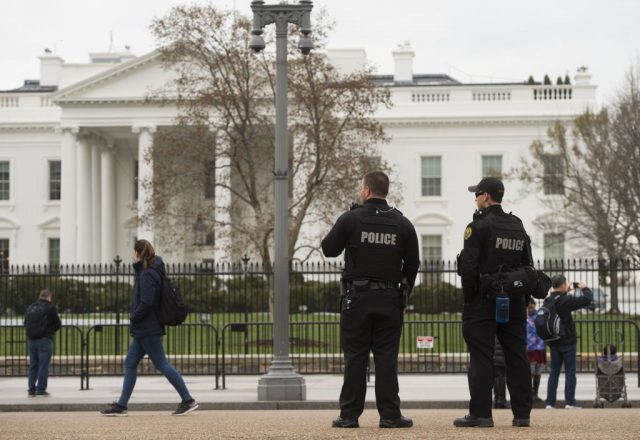 A Secret Service spokesman briefed reporters from a locked James S. Brady Press Briefing Room and said a male suspect approached a uniformed officer at the intersection of 15th and Pennsylvania Avenue around 10:15 a.m. Tuesday morning. The individual made suspicious comments to the officer while he was holding a package.

Officers then separated the individual from the package he was holding, and placed him in a Secret Service vehicle. At the time of the briefing, the individual was still in custody.

Though the spokesman did not use the term lockdown, the official said officers had established “a secure perimeter.”

President Trump was in the White House at the time of the incident.

USSS is investigating suspicious package; security perimeter established & members of the public & media are being moved to safe a distance