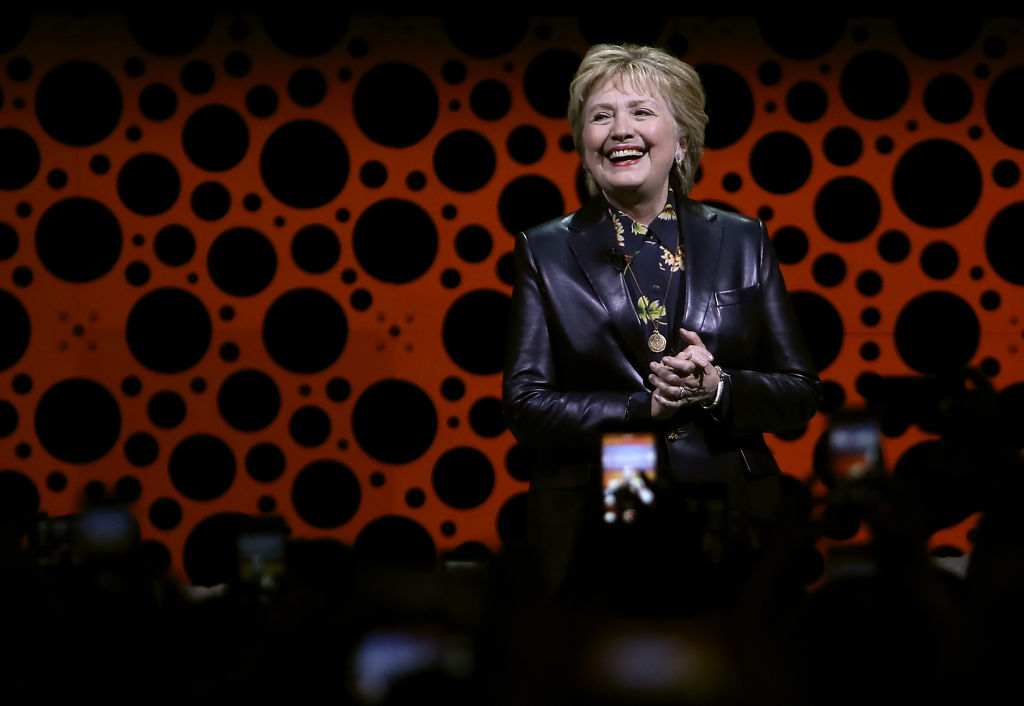 In addition to blasting Republican attempts to repeal and replace the Affordable Care Act, Clinton gave the anti-Trump crowd a brand new catchphrase, noting it’s something “you think about when you take long walks in the woods.” (RELATED: Hillary Goes After Sean Spicer And Bill O’Reilly)

It should be noted, the former Democratic nominee’s mantra bears more than a passing semblance to the Second Rule of Business passed down by titan of industry, Dunder Mifflin regional manager Michael Scott.

“Oh, how the turntables…”