WASHINGTON — Sean Spicer briefed reporters from the White House on Wednesday, where he answered questions about the future of a Republican health care bill and Rep. Devin Nunes’s claims that there was “incidental collection” of the Trump campaign. 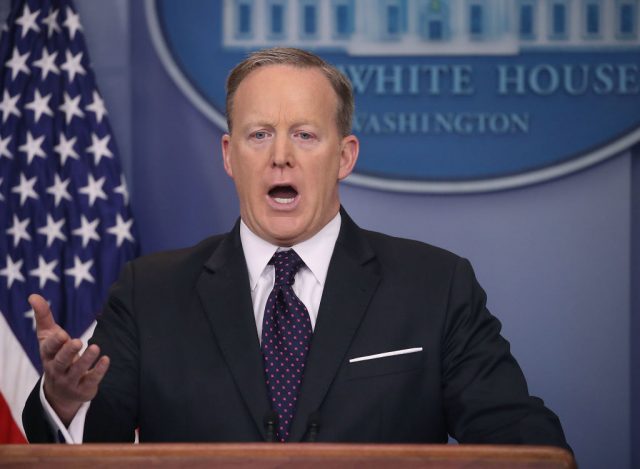 “When two people who are cleared to discuss classified information, somehow that’s wrong because it’s not being leaked,” Spicer said. “He has conducted a review, which we requested.”

“I have seen reports in media that the NSA has documents that they are trying to get to the House Intelligence Committee that have been requested. We think that’s a great thing.”

“Some of these things take a little bit of time. That’s part of the process.”

Spicer said the media is fascinated with the process, but not with the substance.

On if he knows who leaked to Nunes

Though Spicer said Trump’s comment Tuesday night was lighthearted, he added, “We have seen members on both sides of the aisle engage. It’s a conversation. There’s a balancing act. What does it take without compromising the principle of what you want to achieve? Is it possible? Sure.”

“It’s a math tactic and it’s engage with whoever will get you to that number.”

On if they will trust the CBO score next time around

On the president’s claim that the U.S. is ‘fighting like never before’ in Iraq

“There has been some progress in Mosul with the way they have taken back that city. For a long time there was a lot of concern about Iran moving in and dominating parts of Iraq. There has been tremendous progress.”