Billionaire Jeff Bezos gave a sneak peek of what the inside of his New Shepard crew capsule looks like. 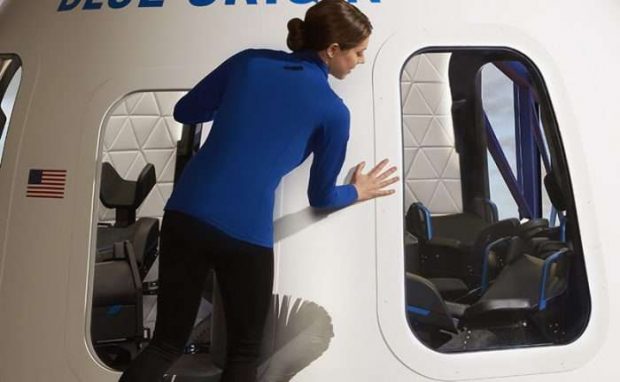 “Our New Shepard flight test program is focused on demonstrating the performance and robustness of the system,” Bezos said in an email release. “In parallel, we’ve been designing the capsule interior with an eye toward precision engineering, safety, and comfort…Every seat’s a window seat.” 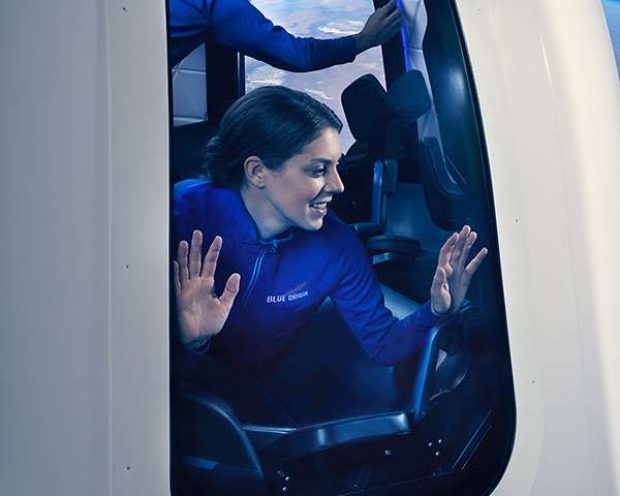 Blue Origin touts the view from the New Shepard crew capsule as ‘the largest windows ever in space.’ (Credit: Blue Origin, used with permission)

The console in the center of the capsule is actually an escape engine that will allow future passengers an abort system in the case of an anomaly during launch. 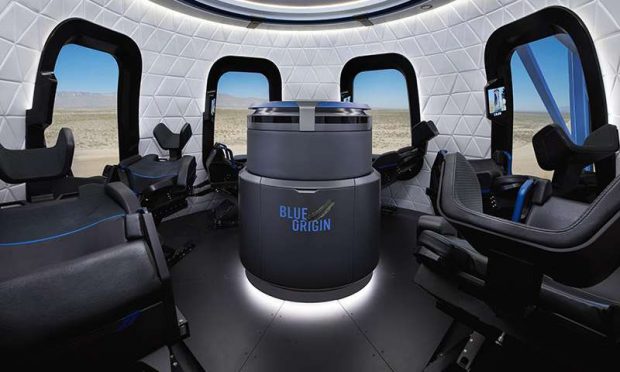 A view of the interior of the New Shepard crew capsule from Blue Origin.
(Credit: Blue Origin, used with permission)

Eventually Blue Origin plans to launch a larger rocket to bring payloads beyond Earth’s orbit, and the company’s named that vehicle after Neil Armstrong, the first human to walk on the moon.

New Glenn’s engines will burn liquefied natural gas and oxygen, and will have more than 150 percent of the thrust of the Saturn V rockets that carried humans to the moon in the 1960s and ’70s. New Glenn is expected to make its initial test launch prior to 2020.

Blue Origin has been competing with companies like Elon Musk’s SpaceX to develop the first fully reusable rocket. Bezos’s company successfully landed the first reusable rocket after officially going to space in November, and has repeated the feat four times. New Glenn rockets will be larger than SpaceX’s 230-foot-tall Falcon Heavy rocket.

Blue Origin is already opening up “early access” to ticket information for potential space tourists and is intended partially for space tourism flights. The company performs suborbital research for NASA.