A Florida judge sentenced Matthew Notebaert to five years in prison Wednesday for a wreck that occurred while he was driving drunk and having sex with his wife, who was killed in the crash.

Palm Beach County judge Laura Johnson handed down the sentence to the 33-year-old Florida native for what she called one of “the most senseless, tragic acts,” she’s ever come across, the Palm Beach Post reported.

Notebaert was charged with vehicular homicide and driving under the influence in the bizarre incident that resulted in the death of his wife in 2014. 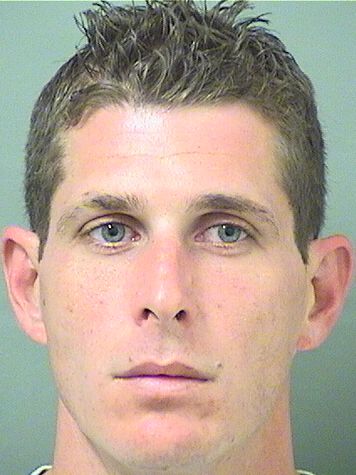 Notebaert pleaded before the judge through tears as he recounted the accident on Wednesday. He and his wife Amanda went to a concert that night to celebrate her first night out since giving birth to the couple’s second child. They had been drinking from a flask of Crown Royal liquor at show, but Notebaert drove home anyway.

As they were on the way home, he pulled over at one point and he and Amanda started having sex in the car. Notebaert eventually got back on the road with his wife in his lap and claims the next thing he remembers is waking up in the car next to her dead body.

f a canal bank, going airborne for about 30 feet and crashing into the opposite bank of the canal.

A toxicology report discovered that Matthew Notebaert’s blood alcohol content was nearly twice the legal driving limit. The report also found that he had marijuana in his system.

Multiple members of Amanda’s family testified before the court Wednesday and showed no mercy for Notebaert.

“You had a responsibility to get your wife home safely,” Amanda’s father, Mike Stacey, said before he asked the judge to give him the “maximum allowable sentence” for killing his daughter.

Prosecutors believed the 10-year recommended sentence under sentencing guidelines would be too harsh for the now single-parent to two children. They recommended a seven-year sentence for Notebaert.

“This isn’t your first chance. You’ve been to jail before, you’ve been on probation,” Johnson said citing Notebaert’s criminal record. She then added, “you failed your wife, you failed your children and you failed all your family that is here today.”