Republican California Rep. Devin Nunes admitted Thursday that he relied on the White House to confirm intelligence information he had regarding his revelation last week that the communications of Donald Trump and his associates may have been swept up in foreign surveillance. 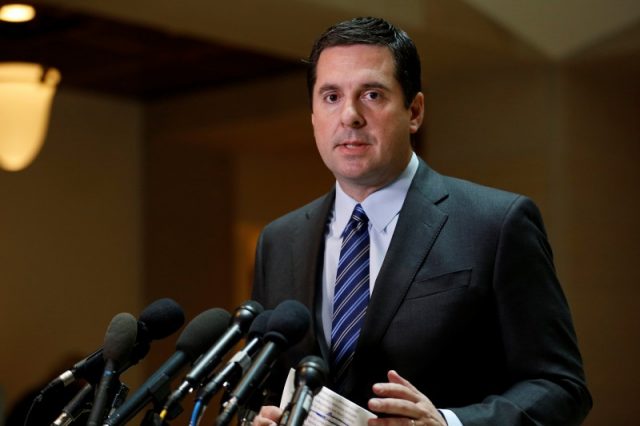 Though the House Intelligence Committee chairman said at the time that his findings were a surprise to the administration, he has now acknowledged that he did have contact with members of the White House.

“I did use the White House to help to confirm what I already knew from other sources,” Nunes told Eli Lake.

“This distinction is important because it raises questions about the independence of the congressional investigation Nunes is leading, which may lead to officials at the White House,” Lake noted in his piece. “The fact that a serious investigation is being undermined by Nunes’s ever-changing story is a tragedy.” (RELATED: Nunes Defends Briefing Reporters On Trump Surveillance Before Telling Intelligence Committee)

Nunes made the statement hours after The New York Times published a statement revealing who his two White House sources were. Though he refused to reveal their identities — even to members of his own committee — the Times said it was Ezra Cohen-Watnick, the senior director for intelligence at the National Security Council, and Michael Ellis, a lawyer who deals with national security in the White House Counsel’s Office.

Lake notes that Nunes told him “elements” of the Time story were “inaccurate.”

The Times did not specify how much a role Cohen-Watnick and Ellis played, just that they were involved. (RELATED: Nunes Will Not Disclose Intelligence Sources To Other Members Of His Panel)