Rider University announced that it has hired PricewaterhouseCoopers to find a buyer for Westminster Choir College, a music school in Princeton, New Jersey — a few blocks down the street from Princeton University.

Officials with Rider, a private university located about 8 miles down the road in Lawrenceville, say they would prefer to find a buyer who will keep the 90-year-old music school at its present location in Princeton.

“We’re pretty confident that there’s going to be a fair level of interest in people wanting to talk to us about Westminster Choir College,” Rider University president Gregory Dell’Omo told NJ.com. “The reputation, the quality — it’s phenomenal.” 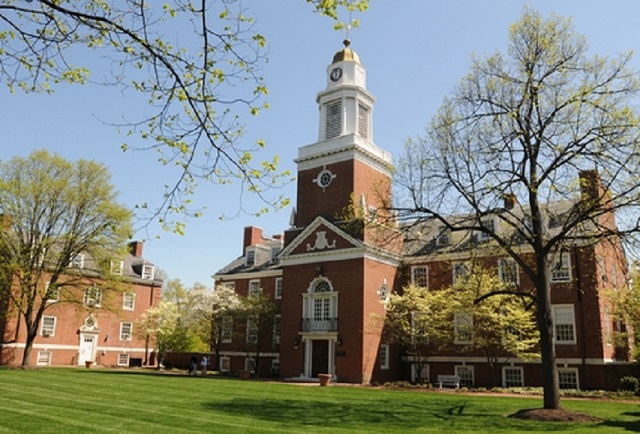 Rider isn’t wedded to the Princeton location, however, and school officials say it’s possible that the new buyer will up and move Westminster Choir College to a new campus. Rider could also opt to keep Westminster but move the campus.

The decision to sell came after an 11-member Rider committee submitted its conclusions about the small music school, which is greatly beloved by its alumni and various enthusiasts.

Rider is looking for ways to boost its own enrollment and prevent a $13.1 million budget shortfall which could loom in 2019.

“The option of moving things out of Princeton to Lawrenceville would not serve Westminster Choir College and the experience, education and the overall way it operates,” Dell’Omo told NJ.com. “It would not be well-suited so at that point in time, we’ve began looking at this idea of another partner.”

Howard McMorris, a former Westminster trustee, expressed confidence that the school could find another institution with which to affiliate.

“We know a lot of people in lots of places and we will go at it 12 hours a day,” McMorris told NJ.com.

Westminster Choir College merged with Rider in 1992 after being beset by financial problems. The merger with Rider was predicated largely on Rider’s agreement to keep the campus in Princeton.

A group calling itself the Coalition to Save Westminster Choir College in Princeton has formed to pressure Rider to keep the school where it is.

“We remain steadfastly committed to our title,” McMorris, the former trustee, who is part of the group, told NJ.com. “And we are urgently soliciting contributions from all who support the mission of keeping Westminster at its current location in Princeton.”

Last week, the coalition organized hundreds of protesters to show up at a trustees’ meeting. Trustees waded by signs reading “Don’t silence our choir; keep Westminster in Princeton” and “Traditions of excellence are worth saving.”

Dell’Omo, the Rider president, tried to walk around the protesters but they spotted him and treated him to a rousing rendition of “The Lord Bless You and Keep You,” a song near and dear to the history of the Westminster.

The Princeton, New Jersey public school district has suggested itself as a “viable bidder” for the conservatory property, but, obviously, that would mean Westminster Choir College would have to move.

A year of tuition, fees and room and board at Westminster Choir College costs about $55,500.

The school has also graduated a slew of notable opera singers.