The White House released Melania Trump’s official portrait Monday. In the shot taken in the residence of the White House, the first lady is wearing a black jacket with a black scarf tied around her neck and has her arms crossed. 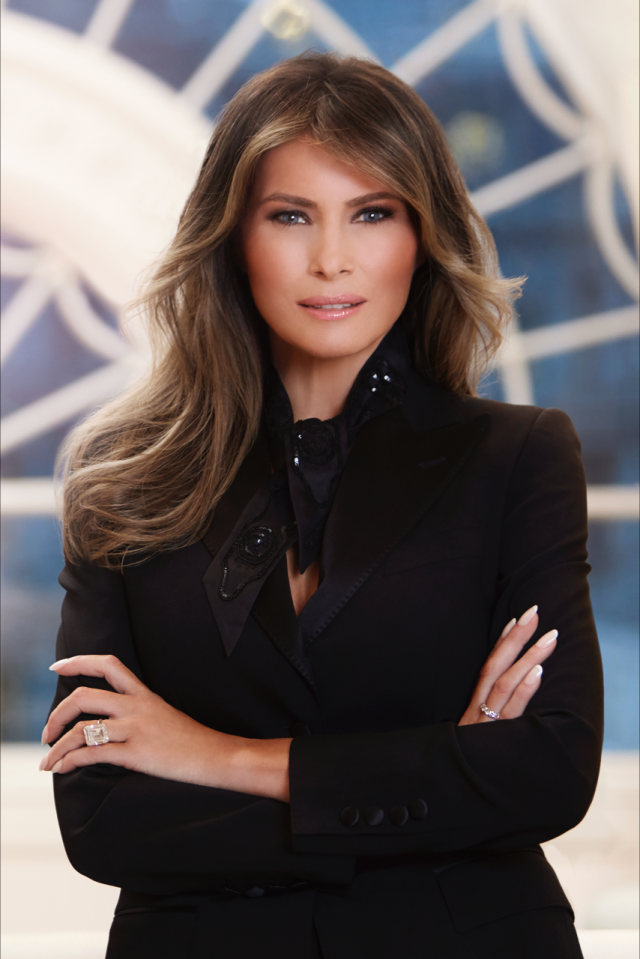 “I am honored to serve in the role of First Lady, and look forward to working on behalf of the American people over the coming years,” Melania said in a statement that was released alongside the photo.

Though Melania has kept a relatively low profile since Donald Trump was sworn in in January, she is expected to officially move into the White House this summer after their son Barron finishes the school year in New York.