Secretary of State Rex Tillerson was short on words but long on undertone in his response to the news that North Korea launched its fourth missile within months this week. 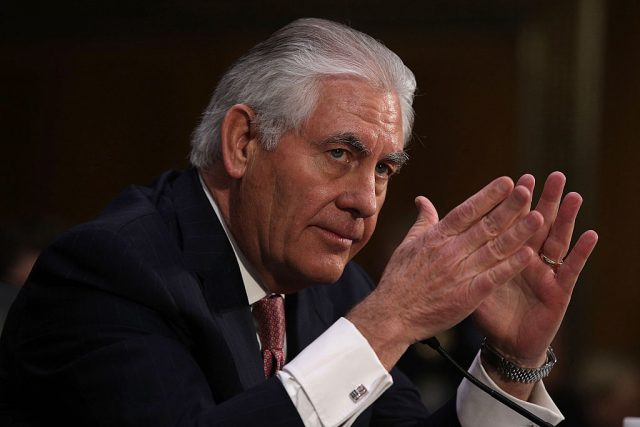 The State Department issued a brief, two-sentence statement after the country launched a single ballistic missile that landed in the waters near Japan on Tuesday.

North Korea has fired multiple missiles since Donald Trump took office in January. White House officials said the country will definitely be discussed during the president’s visit with Chinese President Xi Jinping on Thursday and Friday.

“It is now urgent,” an official said as he briefed reporters Tuesday.

“We feel that the clock is very, very quickly running out. Again, we would have loved to see North Korea join the community of nations — they have been given that opportunity of the course of different dialogues and offers — but the clock has now run out and all options are on the table for us.” (RELATED: The Plans For Trump’s Talks With China’s President)