“Nothing in 15 brutal years in decaying media has demoralized me as much as learning an entry level blogger at Breitbart made like 175k.”

“One of the toughest things about deciding to start therapy again is knowing that each session is only so much time and you want, like, hours.” — Tracy Clayton, BuzzFeed.

Reporter tries a social experiment on his way to work, angers many

“As a social experiment, I stopped, put a foot down, and waited my turn at every stop sign on my ride to work. Record number of angry drivers.” — Peter Flax, features editor, The Hollywood Reporter.

This is supposed to pass for incredible wisdom

“1. Jared Kushner is being given all the big jobs in the Trump administration. Why? 2. Partially it’s because Trump trusts few outside his family. 3. Beyond that, Kushner fits Trump’s ‘businessman who can fix things’ model.” — Jeet Heer, senior editor, The New Republic.

“My body is about 40 years ahead of schedule for the whole ‘out-of-shape grandpa who loves to play basketball shirtless’ look. Either way, there’s no chance I’m putting down the Mountain Dew, pizza or Miller Lite.” — David Hookstead, sports writer, head of security, The Daily Caller.

“Trump is not a normal person, but at the least I hope his unrepentant vulgarity will free Democrats to cuss more in interviews.” — Tim Murphy, Mother Jones political reporter. 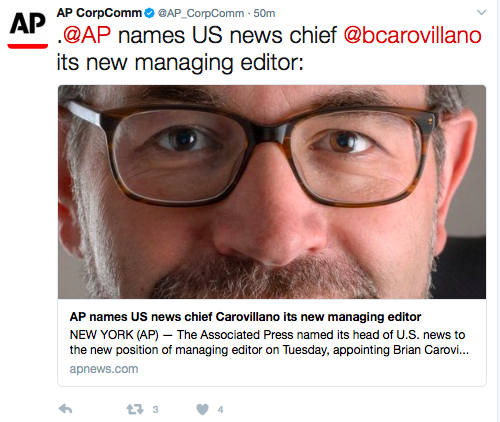 D.C. paparazzi gets a pic with Kerry Washington 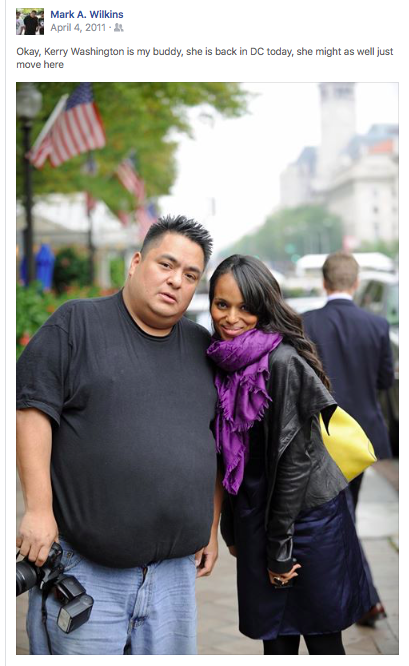 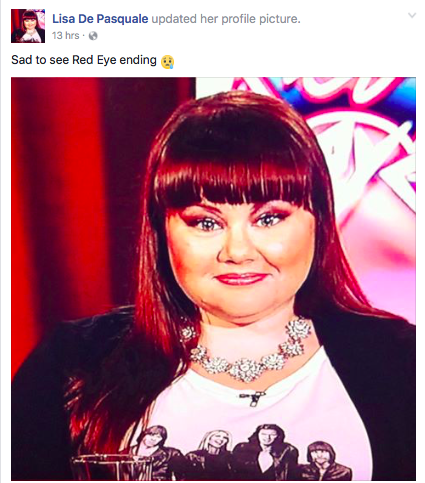 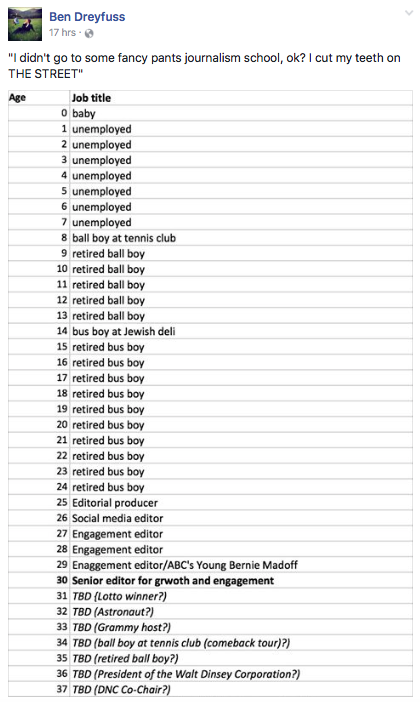