After pointing to a chart illustrating the legislative process states must undergo prior to beginning highway construction projects, POTUS added “it can take anywhere between 10, if you’re really good, 10 years to 20 years, and then they vote and you lose.”

“It costs sometimes hundreds of millions of dollars just to go through the process,” he stated. “A lot of you are such pros, some of the best pros in the world sitting in this room, you understand it is a process.”

“It gave us an advantage if you could get through the process,” he continued. “But getting a building approved in New York is a horrible, horrible thing. That’s nothing compared to when you get into the highways and the dams.” (RELATED: Ivanka Spoke To CEOs At The White House — It Was Her First Public Address As A White House Employee) 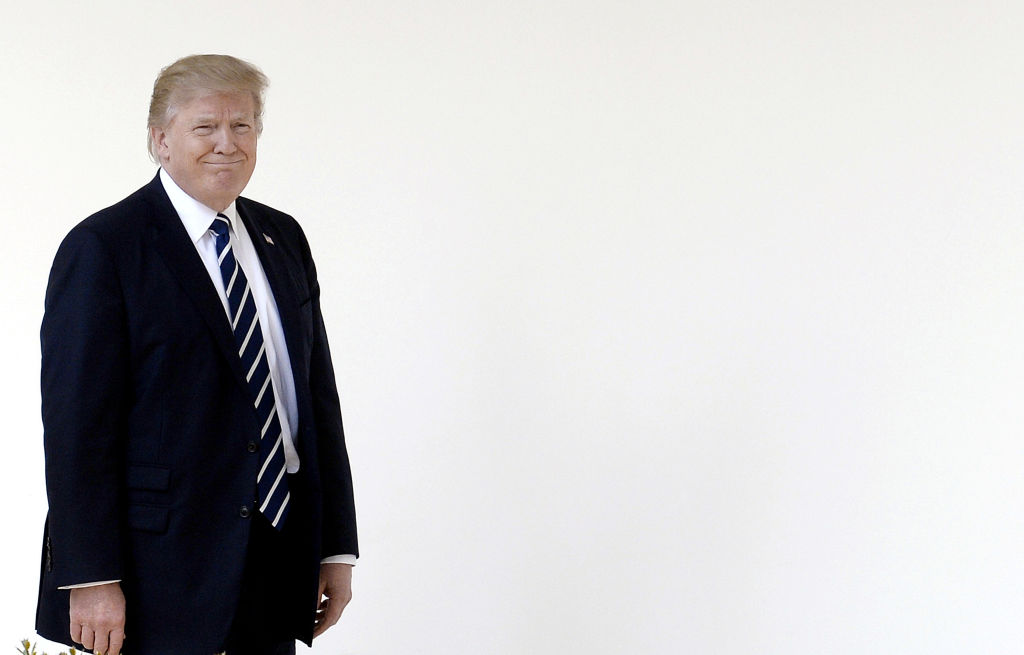 Trump claimed it will “take you 26 years to get a permit to build a building and to have jobs, at which time, those companies are usually gone, out of business, et cetera.”

“We’re really speeding up the process,” he continued. “We’re going to try to take that process from a minimum of ten years down to one year. I said, ‘can’t we make it four months? Can we do it in four months?'”

“There is a certain logic to that, but we’ll be satisfied with a year, but it won’t be any more than a year. We have to build roads. We have to build highways. We’re talking about a major infrastructure bill of $1 trillion, perhaps even more, and we have to do our jobs.”

1
'Closer To Animals': Nick Cannon Goes On Racist, Anti-Semitic Rant, Says 'White People' And Jewish People Are 'The True Savages'
US
2
Man Arrested After Shooting Two Washington Police Officers, Killing One
US
3
Virgin Mary Statue Outside Of Church Set On Fire, Police Say
US
4
DENIED: Ghislaine Maxwell Will Remain In Jail Until Her July 2021 Trial
Politics
5
Mueller Prosecutor Calls For A Roger Stone Re-Do
US