Soros, a U.S. citizen, uses a network of nonprofits and partner organizations across Europe to try and affect the outcomes of elections in foreign countries, the documents show. (RELATED: Soros Org Secretly Paid Salaries For Moldovan Prime Minister’s Staffers)

Through advocacy efforts, education campaigns and media influencing projects, Soros does his best to affect electoral outcomes around the globe in support of his open borders worldview.

Populist candidates opposed to mass immigration represent a direct threat to that worldview.

“The next EU elections might also bring more populists and extremists into the European Parliament, which could undermine all our achievements to date,” one internal OSF document cautioned. The document, marked “confidential,” appears to be from 2013.

Another document, shown below, lists many of OSF’s payments related to the 2014 European Parliamentary elections.

OSF sent $35,000 to the Athena Institute for the express purpose of “Analyzing and reporting the 2014 European elections and countering extremist and populist political voices in Hungary.”

Another $49,930 went to the Institute for European Policy for “Naming and shaming populism in [the European Parliament] election campaign” in the Czech Republic, Hungary and Slovakia.

Another $27,049 was given to the Public Diplomacy Council of Catalonia for a workshop to influence “leading journalists and media practitioners from Europe” to change their coverage to prevent “populist, xenophobic and Eurosceptic movements.”

The stated aim of the workshop was to “trigger a change of attitude amongst journalists and media practitioners so that they will report about the EU in a way that does not directly promote the cause of these movements.”

An OSF spokesperson said the organization “has funded efforts to encourage voter participation and education, encourage policy innovation, and promote independent journalism to help make governments of all types more transparent and accountable to the people they serve. Open Society Foundations does not financially support candidates for public office.”

OSF may not financially support candidates for public office, but it is clear from the documents that OSF did support organizations who opposed candidates who clash with the OSF worldview.

A $46,840 grant to the Center for Peace Studies, for example, was meant to “stimulate public support and election turnout among ambivalent voters in order to prevent the election of xenophobic, racist, and other radical political options representing Croatia at the EU level.” Supporting restrictions on immigration is typically synonymous with “xenophobia” in OSF’s internal documents.

Another $100,000 went to UNITED for Intercultural Action to “counter the election [of European Members of Parliament] from populist and far-right parties in Europe.”

According to the documents, UNITED teamed up with the European Network Against Racism (ENAR) and Hope not Hate to push back against populist candidates in all 28 member states of the EU, while “particularly focusing” on five countries: France, Greece, Hungary, Italy, and the Netherlands.

“Local groups in these five countries will be formed to organize meetings and door-to-door campaigns ahead of the EP elections to (1) encourage voters to register and vote; and (2) to vote for non-extremist candidates,” the documents state.

Netherlands, a separate OSF document explained, was one of the five “priority countries” because of the rise of the far-right PPV party, lead by populist Geert Wilders.

OSF chose Netherlands because polling showed PPV “will have a very good result in the European Parliament elections, and because it is one of the drivers of anti-European and anti-migration discourse in the EU.”

Another document, from two months before the 2014 EP elections, stated that OSF’s strategy in the Netherlands varied depending on the success of Wilders and PPV.

“The outcome of the European Parliament elections in May 2014 and how well the PPV, the populist party of Geert Wilders, does will help to determine [OSF’s] next steps in the Netherlands,” the document stated.

In total, Soros gave more than $6 million to 90 different partner organizations to influence the outcome of the 2014 European Parliamentary elections. 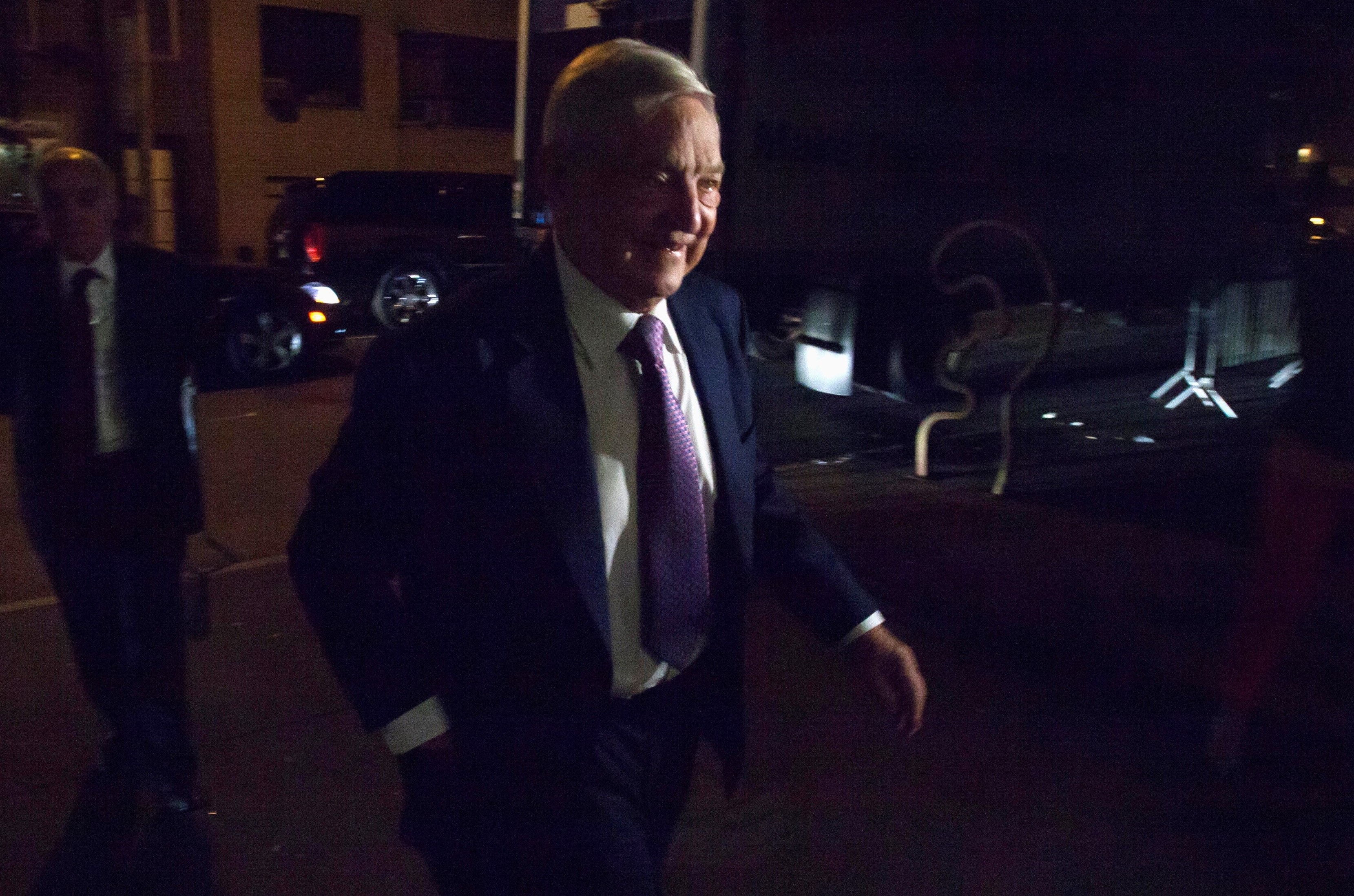 The documents call into question whether Soros continues to intervene in European elections behind the scenes, as he did in 2014, to try and defeat populist candidates.

In Italy, center-left prime minister Matteo Renzi announced his resignation last December after an “extraordinarily clear” defeat in a constitutional referendum that was seen as a victory for populist and anti-EU forces in the country. Italy’s populist 5Star Movement has continued to pose a threat to the political establishment in Italy.

An OSF spokesperson reached over the phone declined to elaborate on the emailed statement, and hung up the phone when pressed further on OSF’s political involvement in Europe.

In France, one of the five countries targeted by Soros in 2014, Marine Le Pen is likely to make it past the first round of voting on April 23 to the run-off election on May 7.

As a populist candidate opposing mass immigration and wary of Islamic extremism, Le Pen is exactly the kind of candidate that Soros poured money into opposing in 2014. 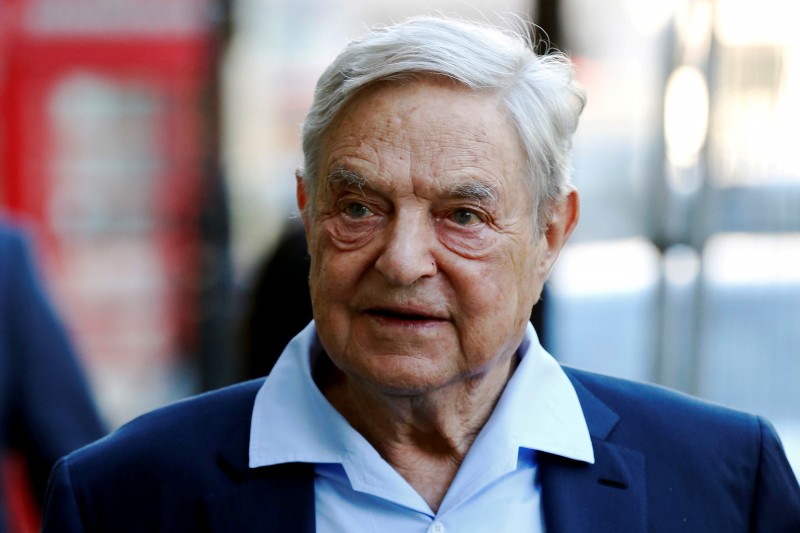 Viktor Orban, Hungary’s populist prime minister, is set to sign a bill that would prohibit foreign funding of universities in Hungary, including the Soros-funded Central European University. The bill is believed to be an attempt at limiting Soros’ influence in Hungary.

The leaked documents were posted last summer by DC Leaks, the same organization that posted the personal emails of former secretary of state and retired Gen. Colin Powell. U.S. intelligence agencies believe DC Leaks has acted as a front group for Russian hackers. OSF has previously confirmed the documents’ authenticity.

The documents initially became public in the summer of 2016.

Only a handful of outlets, led by The Daily Caller, covered the leaks, which revealed: OSF secretly paid staffers to Moldova’s pro-EU prime minister — funneled the money through a German nonprofit in order to skirt Moldovan laws; OSF funded opposition research on critics of radical Islam; OSF tried to influence Supreme Court rulings with well-funded PR campaigns; and an OSF-funded campaign to influence Pope Francis, among other things.

Some of the documents, all of which can be found here, are yet to be thoroughly analyzed.

Establishment media outlets like the New York Times — which periodically runs editorials bemoaning the influence of money in politics — ignored the leaks altogether. (RELATED: If You Only Read The New York Times And Washington Post, You Have No Idea The Soros Leak Happened)

“We couldn’t find a single story on the New York Times, CNN, Washington Post, CBS News or other major news sites that even noted the existence of these leaked documents, let alone reported on what’s in them,” an Investor’s Business Daily editorial said last summer.

“Indeed, the only news organization that appears to be diligently sifting through all the documents is the conservative Daily Caller, which as a result has filed a series of eye-opening reports.”