During Nikki Haley’s Wednesday speech before the United Nations, she accused the Assad regime, Russia and Iran of having “no interest in peace.”

The U.N. ambassador harshly condemned Tuesday’s chemical attack in Syria, claiming that if the international community fails to take action, “these attacks will continue.”

“Assad has no incentive to stop using chemical weapons as long as Russia continues to protect his regime from consequences,” she continued. “I implore my colleagues to take a hard look at their words in this council.” 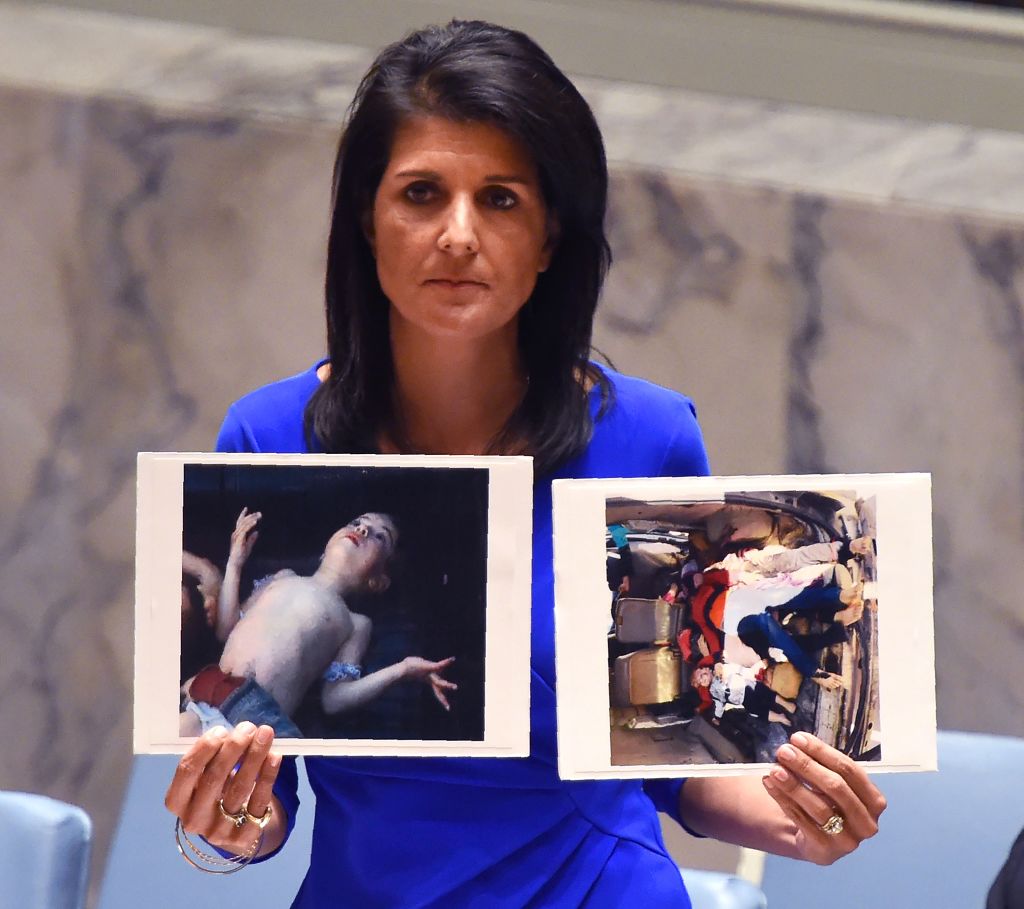 “There is an obvious truth here that must be spoken,” Haley continued. “The truth is that Assad, Russia and Iran have no interest in peace.”

“The illegitimate Syrian government, led by a man with no conscious, has committed untold atrocities against his people for more than six years.”