According to the New York Times, Trump — during a photo-op in the Oval Office with King Abdullah II of Jordan — called Rice’s involvement “the biggest story.” 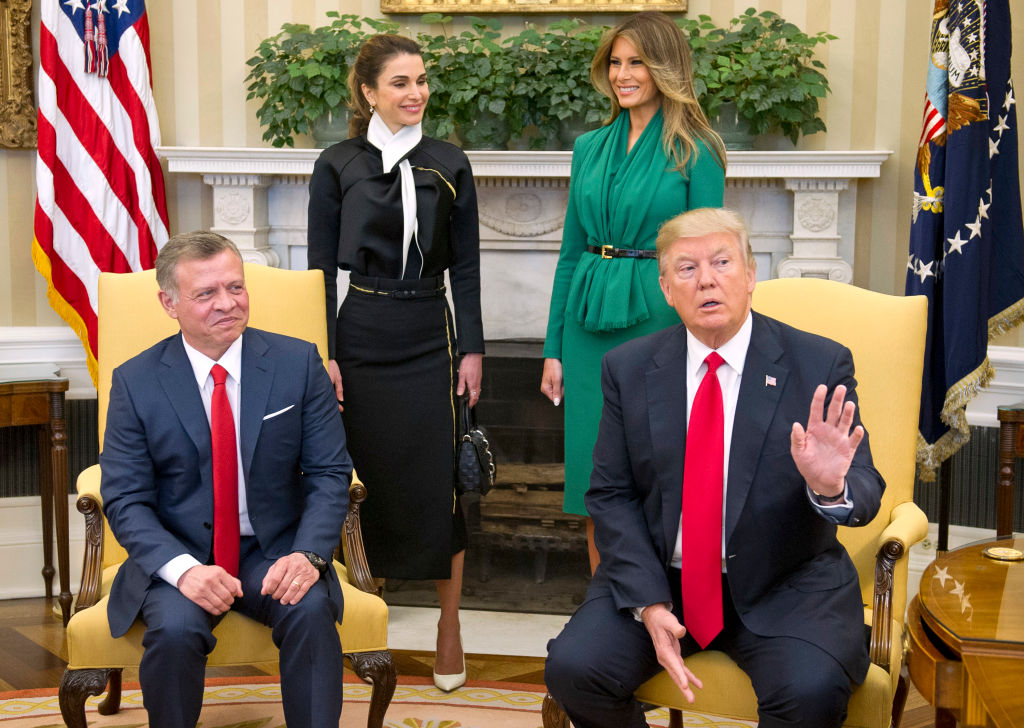 “It’s such an important story for our country and the world,” POTUS continued. “It is one of the big stories of our time.”

The Times adds that when specifically asked if Rice’s behavior constituted a crime, Trump answered “Do I think? Yes, I think.”

During an interview Tuesday with MSNBC’s Andrea Mitchell, Rice revealed there is an “established practice” for senior national security officials, including herself, to unmask U.S. citizens mentioned in intelligence reports.

Rice maintained that any possible unmasking she might have participated in — she refrained from naming specific examples — is not the same as leaking classified information to the media. She denied ever leaking unmasked names.

“The notion that which some people are trying to suggest that by asking for the identity of an American person, that is the same as leaking it is completely false,” she told Mitchell. “There’s no equivalence between unmasking and leaking.”

“The effort to ask for the identity of an American citizen is necessary to understand an intelligence report in some circumstances.”