Ivanka Trump said she has no plans to run for president in 2024. 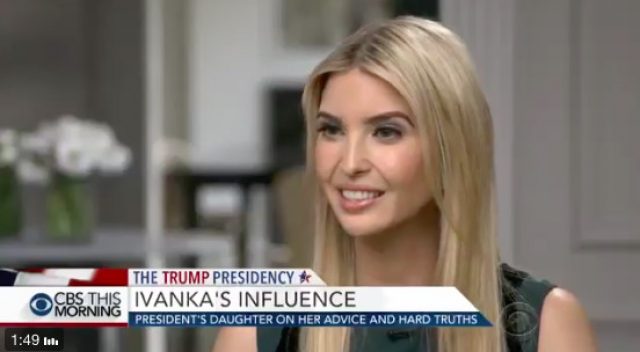 Gayle King asked Ivanka — who was recently named as assistant to the president — if “voters should get their Ivanka 2024 campaign signs out” during an interview on CBS Wednesday.

Earlier in the interview, King asked Ivanka why she doesn’t publicly criticize Donald Trump when she disagrees with him.

“I think that for me this isn’t about promoting my viewpoints,” she said.

“I wasn’t elected by the American people to be president. My father is gonna do a tremendous job. And I wanna help him do that. But I don’t think that it will make me a more effective advocate to constantly articulate every issue publicly where I disagree. … And that’s OK. That means that I’ll take hits from some critics who say that I should take to the street. And then other people will in the long-term respect where I get to. But I think most of the impact I have, over time most people will not actually know about.”