Donald Trump honored members of the Wounded Warrior Project in a ceremony at the White House Thursday. The president, who repeatedly promised to boost spending for Veterans Affairs on the campaign trail, addressed a room full of them, some in wheelchairs, others with prosthetics. 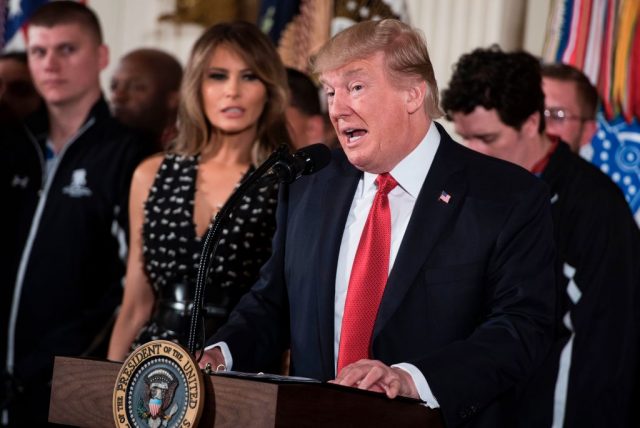 The members are participating in the Wounded Warrior Project Soldier Ride, a four-day bike ride through Washington that the charity says is an “opportunity for wounded service members and veterans to use cycling and camaraderie to overcome physical, mental, or emotional wounds.”

“Melania and I are deeply honored to join you all today and to stand here among real heroes — these are real heroes,” Trump said as he took the stage. “Secretary Shulkin and Secretary Zinke, who are standing right here in front of us, I want to thank you as we pay tribute to America’s heroes and winners. The soldier ride has been very unique. Thank you for organizing this event. And thank you for serving, those who have so bravely served our nation.” 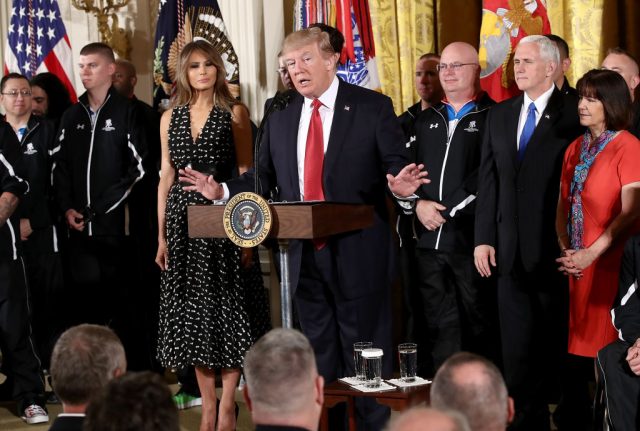 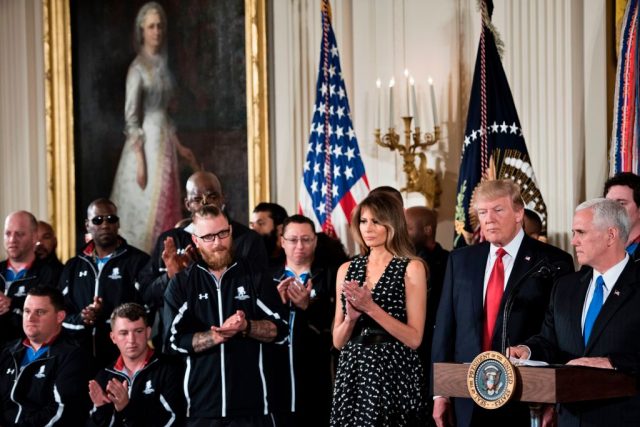 “The story of today’s event is a story about America and the strength of our citizens. In 2004, a young man working in a tavern was moved by a desire to help his fellow Americans who were returning from Iraq and Afghanistan. So Chris Carney had the idea to ride a bike across the country and raise funds for the Wounded Warrior Project. He biked 4,000 miles — Where is Chris? Chris, stand up. Wow — and raised, at that time, $1 million. This act of devotion to our heroes inspired others. Since then, the soldier ride has become an annual even that uplifts our nation.”

“I am proud to continue this incredible tradition, and we are going to keep it going for a long time. I should have it for about seven more years,” Trump joked.

“Our way of life continues because of men and women who are willing to sacrifice anything and everything to protect their fellow warriors, and to protect all of this. Each of you has carved your place into the history of this incredible nation. The people of our nation thank you. They really thank you.”