Ivanka Trump and Jared Kushner were instrumental in bringing Paul Manafort, now a subject of federal investigation, on to run Trump’s campaign, a new report in The New York Times reveals.

Ivanka and Kushner, her husband, reportedly acted as middlemen between Trump and a friend of Manafort who lobbied to get him onto the campaign. 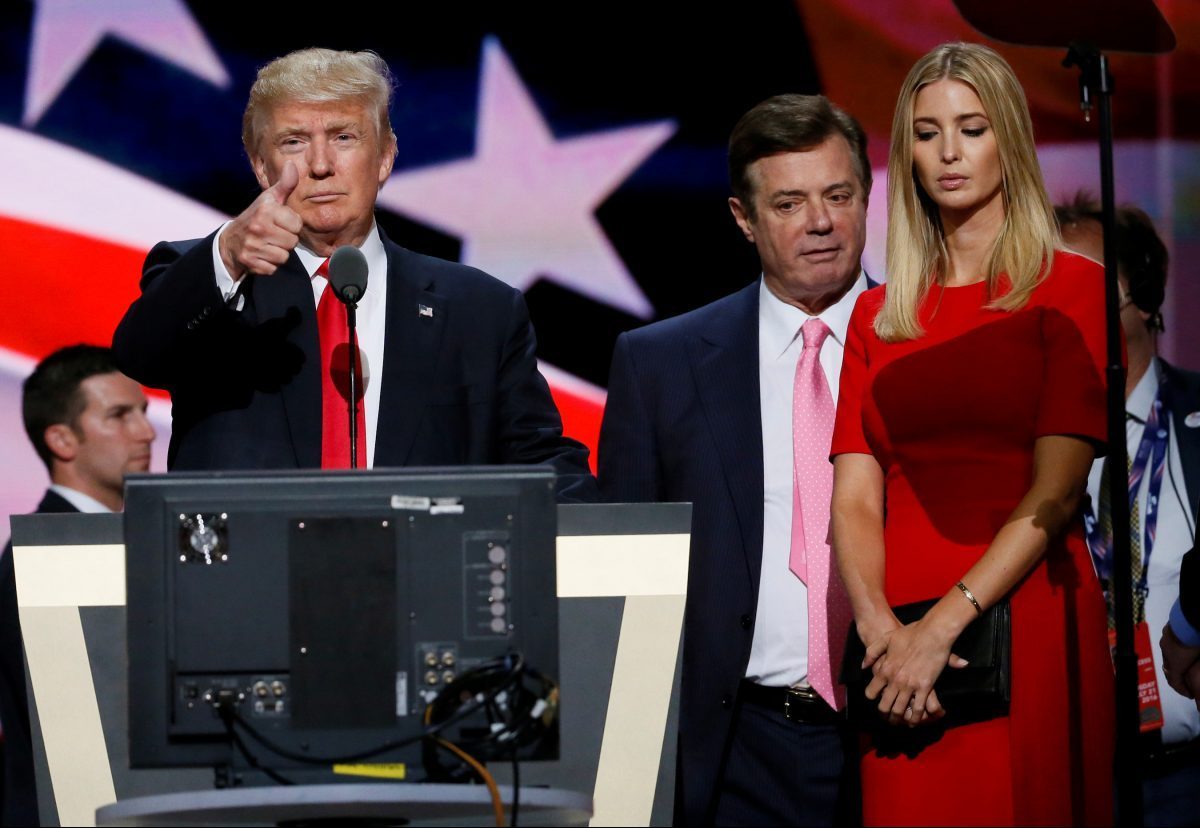 A “former Trump associate” provided the Times with documents revealing the process by which Manafort became involved with the Trump campaign until he resigned last August.

According to the Times, Manafort sent two memos pitching himself to Trump through a mutual friend, Thomas J. Barrack Jr., who gave them to Ivanka and Kushner. Barrack included a cover letter recommending Manafort for campaign position, which Manafort offered to do for free.

Ivanka printed out the memos, according to the Times, and passed them along to her father, who brought Manafort onto the campaign in March, four months before the Republican National Convention in July. (RELATED: Ivanka Trump Secretly Met With Planned Parenthood CEO)

According to one report in the New York Post, Ivanka gave her father an ultimatum after growing frustrated with Lewandowski, telling Trump to choose between her and the bomb-throwing campaign manager.

Manafort, who quit the campaign while under fire in August, has faced questions about his Russian ties. The Associated Press reported that a Russian billionaire hired Manafort in 2006 to advance Russian interests in the United States. Manafort maintained a “business relationship” with the billionaire, Putin ally Oleg Deripaska, as late as 2009, according to the AP report.

Manafort has offered to testify before the House Intelligence Community to address questions about his Russian ties.

Ivanka and Kushner have grown in influence within the Trump White House in recent weeks, as the influence of chief strategist Steve Bannon has waned.

Trump’s decision to strike Syria represented a win for the more politically moderate Kushner over Bannon, who wanted Trump to hold off on getting involved in Syria. (RELATED: #FireKushner Takes Over Twitter)

According to a separate report in the Times on Sunday, Bannon is concerned about Kushner’s “contact with Russians,” which Bannon thinks is an unnecessary distraction.

Kushner is expected to testify before the Senate Intelligence Committee in the near future about meetings he arranged with the Russian ambassador, Sergey Kislyak, in December. Kushner also met with executives from a Russian bank around the same time.