Once upon a time, Newt Gingrich ran for president. People forget that. More memorable was his time as Speaker of the House in the early 90s, when he led the Republican Revolution. Newt’s known for being a smart guy, and he even bills himself as a historian sometimes.

His brains are going to come in handy for his latest project, a book called “Understanding Trump.” 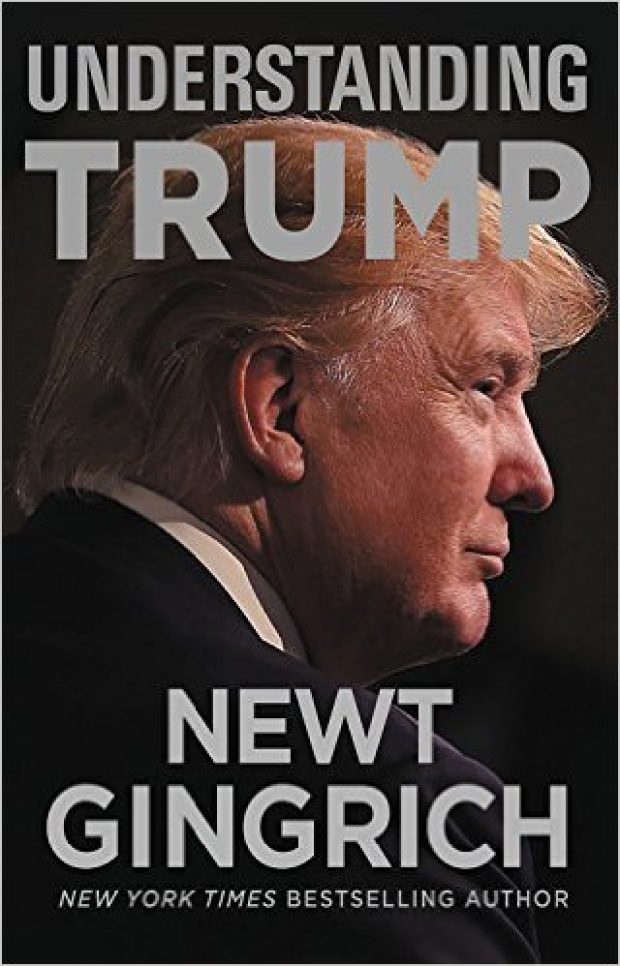 The book comes out on June 13, but you can already pre-order it. This should be required reading for everyone in the liberal media:

In UNDERSTANDING TRUMP, Newt Gingrich provides insight and inspiration for Americans as they embrace and learn about their new president.

Donald Trump and “Trumpism ” represent a profound change in the trajectory of American government, politics, and culture. Trump is the only person ever elected president without holding elected political office or serving as a general in the military. His principles instead grow out of five decades of business and celebrity success. This is why President Trump behaves differently than traditional politicians – because his life experience has been unlike most traditional politicians.

Understanding Trump requires a willingness to study him as the remarkable phenomenon he is. This book explains Trump’s actions so far and will help readers to understand the emerging movement and administration.

Newt Gingrich says President Trump should begin every day by reviewing his campaign promises. Trump owes his presidency to the people who believed in him as a candidate, not to the elites in government and the media who have expressed contempt for him since he began his campaign to become president.

“Reasonableness” would be the death of Trumpism. The very essence of Trump’s mission is a willingness to enact policies and set goals that send our country in a bold new direction – which is “unreasonable” to Washington but sensible to millions of Americans.