Donald Trump’s approval rating has remained steady in the days after the United States carried out a missile attack in Syria. 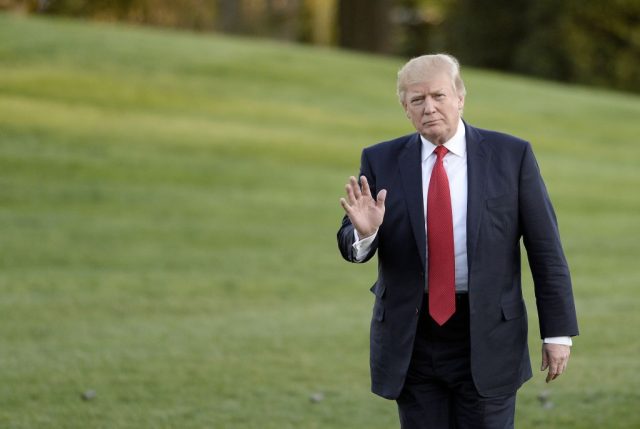 According to the results of the most recent poll from Gallup, 40 percent of people approve of the job the president is doing, while 53 percent disapprove. That is significantly higher than the 35 percent it was at two weeks ago.

That same poll — which surveyed 1,015 people — found that 50 percent approved of the missile airstrikes, while 41 percent disapprove. 82 percent of Republicans approved while only 33 percent of Democrats did.

“My fellow Americans, on Tuesday, Syrian dictator Bashar al-Assad launched a horrible chemical weapons attack on innocent civilians,” Trump said. “Using a deadly nerve agent, Assad choked out the lives of helpless men, women and children. It was a slow and brutal death for so many — even beautiful babies were cruelly murdered in this barbaric attack. No child of God should ever suffer such horror.”

“Tonight I ordered a targeted military strike on the airfield in Syria from where the chemical attack was launched. It is in the vital national security interest of the United States to prevent and deter the spread and use of deadly chemical weapons. There can be no dispute that Syria used bad chemical weapons, violated its obligations under the Chemical Weapons Convention, and ignored the urging of the U.N. Security cancel. Years of previous attempts at changing Assad’s behavior have all failed, and failed very dramatically. As a result, the refugee crisis continues to deepen and the region continues to destabilize, threatening the United States and its allies.” (RELATED: Trump Comments On U.S. Airstrikes In Syria)