China appears to be sending away North Korean cargo ships and returning shipments of coal, the North’s primary export.

China banned all North Korean coal imports until the end of the year in February. The decision followed the test of a new mid-range ballistic missile and Secretary of State Tillerson’s calls for China to “use all available tools” to rein in the North.

Later reports indicated that some Chinese companies may not have been following through on their commitments and that North Korean products were still entering the country. U.S. Ambassador to the United Nations Nikki Haley said coal was entering China “through other ways” and called on China to “take this as seriously as the rest of the world does.” 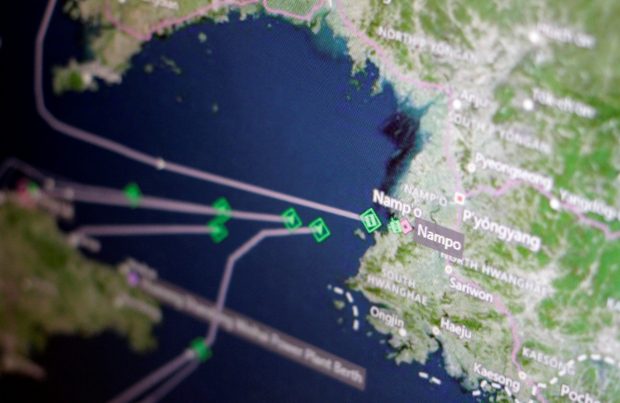 Dandong Chengtai, one of the largest buyers of North Korean coal, told Reuters

The Trump administration has been pressuring China to deal with the threat North Korea poses. Trump hinted Tuesday morning that he offered Chinese incentives to address this issue.

“I explained to the President of China that a trade deal with the U.S. will be far better for them if they solve the North Korean problem!” Trump tweeted, adding, “North Korea is looking for trouble. If China decides to help, that would be great. If not, we will solve the problem without them!”

China is reportedly using U.S. coal to correct the shortfall caused by bans on North Korean coal. The move plays into Trump’s efforts to revive the domestic coal industry. China did not import any U.S. coking coal between late 2014 and 2016, but coal shipments rose to 400,000 tonnes by the end of February.

U.S. and Chinese visions for North Korea are still divergent, but current activity suggests a certain degree of cooperation between the two major powers.

At the very least, Chinese actions indicate that Beijing is also losing patience with its aggressive neighbor, which has, in recent weeks, launched over half a dozen missiles and tested new rocket engines for possible intercontinental ballistic missiles capable of hitting the U.S. and other distant targets.