A senior administration official laid out evidence that the Syrian regime was behind the chemical attack in the country that killed at least 80 people last week.

“I don’t think there’s evidence to the contrary at all,” an official who briefed reporters on background Tuesday said. 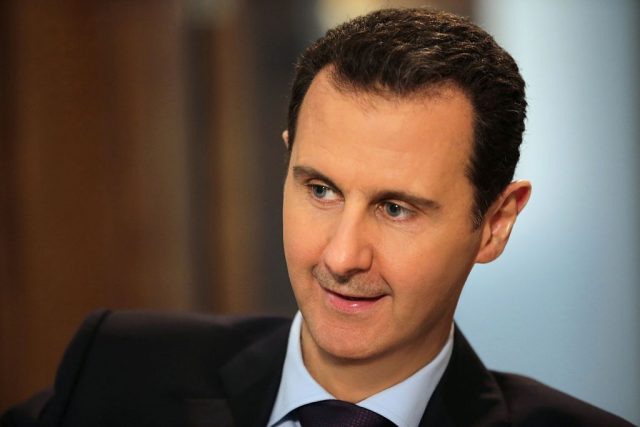 The official said evidence showed that the attack came from aircraft from the Sharyat Airbase — which the U.S. struck with missiles Thursday night — and that information suggested personnel associated with the country’s chemical warfare program were at that airfield at the time of the attack.

The official added that there were physiological samples from victims of the attack, and that their symptoms — frothing at the nose and mouth, twitching — were “very consistent with nerve agent and sarin exposure” and not consistent with chlorine poisoning.

“The Russian and Syrian narratives are false, and there is depth of information that supports this,” the official said. “We don’t think it’s remotely possible for Syrians or Russians to fabricate this much information so quickly.” (RELATED: Trump: ‘What Assad Did Is Terrible — Truly An Egregious Crime’)

“Moscow said chemicals were caused by a regime airstrike on a terrorist ammunition depot in the eastern suburbs of Khan Shaykhun. However, a Syrian military source told Russian state media on April 4 that regime forces had not carried out any airstrike in Khan Shaykhun, contradicting Russia’s claim. An open source video also shows where we believe the chemical munition landed — not on a military base filled with weapons, but in the middle of a street in the northern section of Khan Shaykhun.”

The official said that although Russia has alleged terrorists were using an ammunition depot to produce and store shells containing toxic gas, U.S. intelligence does not show that any terrorist groups in the area have access to sarin.

“It is quite clear that this is not a terrorist-holding or use of sarin. We do know the Syrian regime has sarin, and there are outstanding questions that make quite clear Syria has not fully come clean on locations, facilities, types of agents involved with its chemical weapons program.”

Though the official could not verify an Associated Press report that Russia knew in advance of the attack, the official said “it is a question worth asking the Russians.”

“It’s clear Russians are trying to cover up what happened there,” the official said, with regard to Syrian regime culpability.

“In terms of Russian narrative, starting in 2013, Russia has clear campaign to obfuscate nature of attacks, attackers, and what has happened.”

“We take very seriously that Syria may have additional agents elsewhere.”

To explain why the regime would launch a chemical attack against its citizens when it did, the senior administration official said, “In the middle of March, opposition forces launched an offensive towards major city of Hama, which is a strategic city in Syria, where a strategic airbase lies. At that point, the regime — we think — calculated that with its manpower spread quite thin, we believe the regime probably calculated at that point that chemical weapons were necessary to make up for manpower deficiency.” (RELATED: Pentagon Casts Doubt On AP Report Claiming Russia Knew About Syrian Chemical Attack)