Donald Trump said U.S. relations with Russia are at an all time low and admitted it’s possible the country knew in advance of the chemical attack in Syria that left at least 80 people dead.

In a press conference with NATO Secretary General Jens Stoltenberg at the White House Wednesday, the president said it was “possible, but not likely” that the Russian government played a role in covering up the Syrian regime’s culpability in the attack. 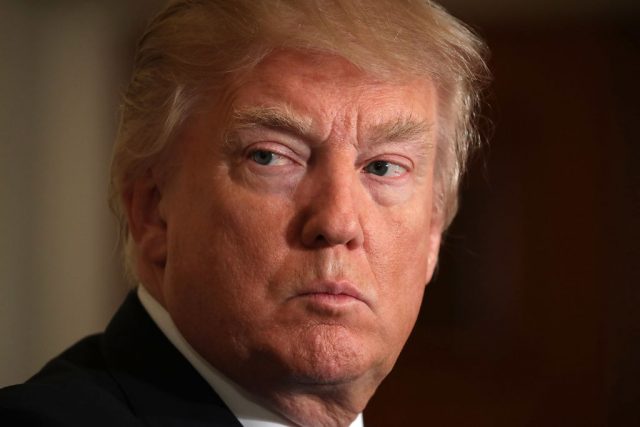 “I’ll be speaking with Secretary of State Rex Tillerson in a little while,” Trump said. “I think he had a very successful meeting with Russia. We’ll see the end result — the end result is the most important, not just the talk. It would be wonderful if NATO and our country can get along with Russia. Right now, we are not getting along at all. We may be at an all time low. Vladimir Putin is the leader of Russia. They are a very strong country, but we are also a strong country. We are going to see how that all works out.”

Senior administration officials said Tuesday that Russia “has clear campaign to obfuscate nature of attacks, attackers, and what has happened” in Syria since 2013. When asked if his views of Putin have changed, Trump said, “We are going to see.”

“I can only tell you what I would like to do — I would love to be able to get a long with everybody. But I think by the time I’m finished, it’s going to be a lot better place to live in. ‘Cause right now it’s nasty.”

“I would like to think that they didn’t know, but certainly they could have,” he said. “They were there, so we’ll find out. I was very disappointed to see — it’s disappointing no matter who does it. Everybody in this room saw all too many times young children dying, babies dying, fathers holding children in their arms that were dead.”

“I don’t know Putin, but I do know this gentlemen, and he is the president of China. President Xi wants to do the right thing. We had a very good bonding — I think he wants to help us with North Korea.” (RELATED: White House Lays Out Evidence That Syria Was Behind Deadly Chemical Attack) 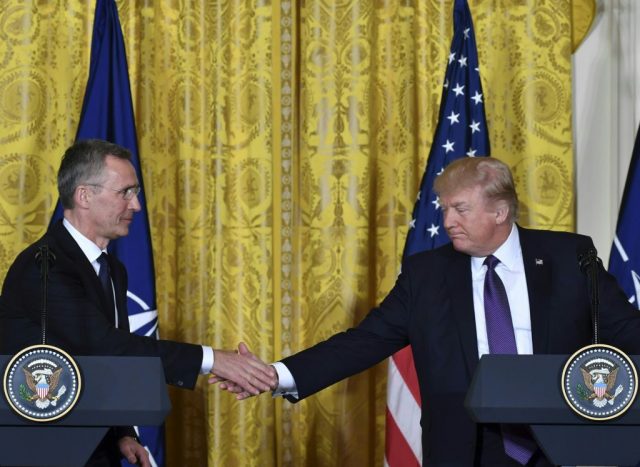 Hours after he signed an order allowing Montenegro to join NATO, Trump publicly reversed his position on the organization for the first time, saying that although he has called it obsolete in the past, “it is no longer obsolete.” (RELATED: Donald Trump Signs Order Inviting Montenegro To Join NATO)

“The NATO alliance has been the bulwark of international peace and security,” Trump said. “NATO allies defeated communism. They secured the longest period of un-brokered peace that Europe has ever know. Our common security is always number one. Our common devotion to human dignity and freedom.”

“I have said it was obsolete. It’s no longer obsolete. I’m sending H.R. McMaster to Afghanistan to find out how we can make progress alongside our Afghan partners.” 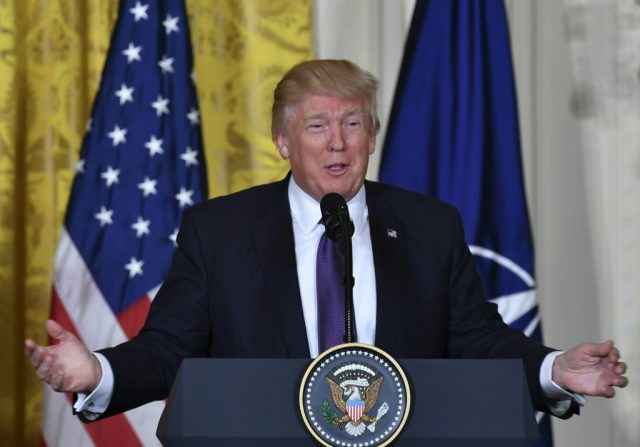 “We are not here to stand on ceremony, but to develop real strategies,” he said. “This includes upgrading NATO to focus on today’s most pressing security, including migration and terrorism. We must also work together to dissolve the disaster currently taking place in Syria. We are grateful for their condemnation of Assad’s murderous attack using the most horrible of weapons. It must be forcefully rejected by any nation that values human life.”

“In facing our common challenges, we must also ensure that NATO members meet their obligations and pay what they owe. Many have not been doing that. If other countries pay their fair share instead of relying on the U.S. to make up the difference, we will be much more secure.”

“I also want to acknowledge the great work being done by Rex Tillerson to strengthen the NATO alliance. He did a terrific job. Just watched parts of it, and he did a great job.”