The worldwide leader in sports, ESPN, is finally asking the tough questions: is it worth it to date hot women?

Earlier today I was drinking some cold Miller Lite at a local restaurant while eating a buffalo chicken wrap and I looked up at the television and saw ESPN debating possibly the dumbest question ever. 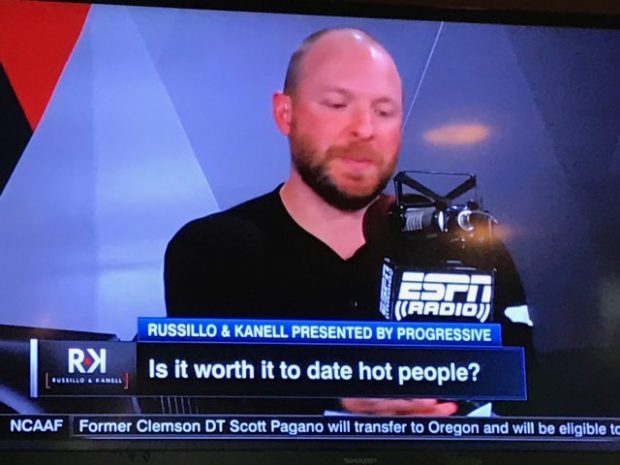 I laughed so hard I damn near spit out my food. Now to be clear, the volume was off so I couldn’t hear what I’m sure was a very astute arguments being made.

The spirit that beat the Japanese in World War II is the same spirit that shot for the stars and shoots for the hottest woman at the bar. This is America, and if you’re not chasing the best then you’re simply waiting to lose. It’s the attitude that separates us from all the other countries who landed on the moon. Oh wait, nobody else landed on the moon. I’m sure that’s just a coincidence.

Now some of my critics at ESPN will want to dive into my dating history in an attempt to discredit my argument. Don’t waste your time. My dating history is not only not relevant, but it’s also more highly classified than Area 51. I have no comment on the allegations I might have been in relationships with many supermodels. That’s simply a distraction to my argument.

Stick to sports, ESPN. Let the real men worry about the hot women, cold beer and winning. There’s not enough room in this country for winners and losers. There’s only room for those of us that are winners, so stay the hell out of our way.