“This problem is coming to a head,” White House National Security Adviser Lt. Gen. H.R. McMaster said Sunday on ABC News’s “This Week,” adding that this problem “can’t continue.” McMaster said that the U.S. will “undertake all actions we can, short of a military option, to try to resolve this peacefully.”

Before a smiling Kim Jong-un, North Korea presented several new weapons Saturday at a military parade celebrating the 105th anniversary of the birth of DPRK founder Kim Il Sung. During the parade, the North showed off a few intercontinental ballistic missile models, potentially moving the regime a step closer to its goal of developing an ICBM that can deliver a nuclear warhead to the continental U.S.

The North also showcased several additional weapons it could possibly use to threaten the security of America’s allies. 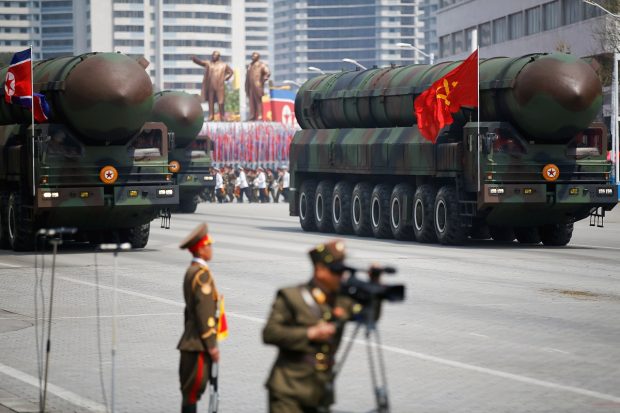 Without going into specifics to avoid telegraphing American plans, McMaster said that the administration will do what is necessary to prevent North Korea from putting American lives in danger. 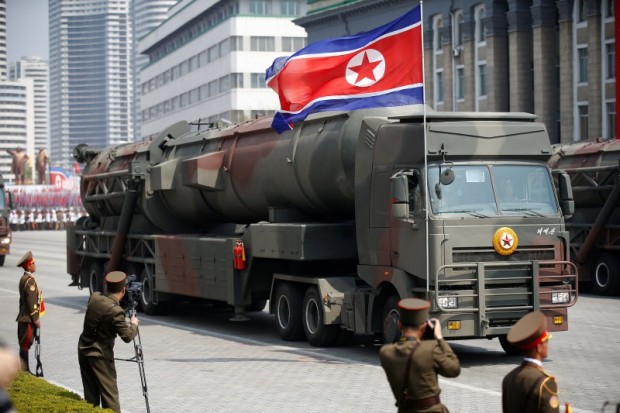 “It’s clear that the president is determined not to allow this kind of capability to threaten the United States … Our president will take action that is in the best interest of the American people,” he explained.

The national security adviser said that the administration’s recent actions in Syria and elsewhere have demonstrated that Trump “is comfortable making the tough decisions.”

Trump’s present policy course relies heavily on China and economic sanctions, but he has indicated that he is prepared to use other options if these approaches prove ineffective at curbing North Korea’s nuclear ambitions. “I have great confidence that China will properly deal with North Korea. If they are unable to do so, the U.S., with its allies, will!” Trump tweeted Thursday.

North Korea attempted another missile launch — the eighth since Trump took office — Sunday. The missile failed, but the test suggests that the North will continue with its provocations. North Korea has indicated that it plans to conduct another nuclear test, and that may not be far off as satellite images show that preparations are already complete.

Recent reports suggest that the U.S. will adopt a more forceful approach if North Korea decides to follow through with its plans; however, it is unclear what specific actions the administration will take.