Lawyers for an obese Arkansas inmate on death row argued in court Tuesday that their client’s constitutional rights will be violated if he’s executed since his weight will either make the fatal process not work or cause an extremely painful death.

Marcel Williams’ attorneys believe that attempting lethal injection would amount to a “cruel and unusual punishment,” which is explicitly forbidden in the Eighth Amendment to the U.S. Bill of Rights, ArkansasOnline reported. 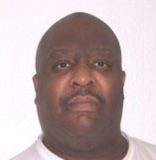 Williams was found guilty of killing Stacy Errickson, mother of two, Jan. 14, 1997, after confessing to beating, choking and raping her. He was sentenced to death for the crimes. (RELATED: Nebraska Will Start Putting People To Death Again Just One Year After Banning It)

Lawyers say Williams entered the criminal justice system in Arkansas weighing 195 pounds, but has since gained 200 pounds after 20 years in solitary confinement.

As a result, he reportedly developed “high blood pressure, diabetes and high cholesterol.” Williams’ body mass index is in the “extreme obesity range,” according to ArkansasOnline.

Due to his size, if the execution is successful, “it will be a slow, agonizing death experienced as suffocation,” court documents claim.

Conversely, the attorneys say if Williams is not killed by the lethal injection, then he will be left with “disabling, irreversible injuries.”

Williams’ legal representation states that Dr. Joel Zivot, a physician and professor at Emory University School of Medicine, studied Williams’ health and corroborated their contentions. (RELATED: Murderer Who Took A Chainsaw To A Group Of Women Only Sentenced To 15 Years)

Arkansas law orders the prisoner to be electrocuted if lethal injection is ruled unconstitutional.

Williams is scheduled to be executed Monday.

There are several examples of death row prisoners trying to argue they are too fat to be put to death, with some being successful in their justification. (RELATED: While Trump Wins Election, Several States Passed Criminal Justice Reforms)

A Washington judge in 1994 ruled that a 400 pound death row inmate was too fat to hang because they worried about decapitation, reports the Associated Press. The state’s only execution practice at the time was hanging. The prisoner eventually died in 2006 after suffering from terminal liver disease.

“Given his unique physical and mental condition there is a substantial risk that any attempt to execute him will result in serious physical and psychological pain to him, as well as an execution involving a torturous and lingering death,” the prisoner’s attorneys wrote in official federal court papers, according to ABC.

The inmate was spared execution, but the judge cited poor legal representation, not his weight, reports CBS. He died seven months later for unknown reasons.