Vice President Mike Pence told CNN’s Dana Bash Tuesday morning that it’s “encouraging” that North Korea got “the message” he sent with with his recent trip to the Korean Demilitarized Zone. 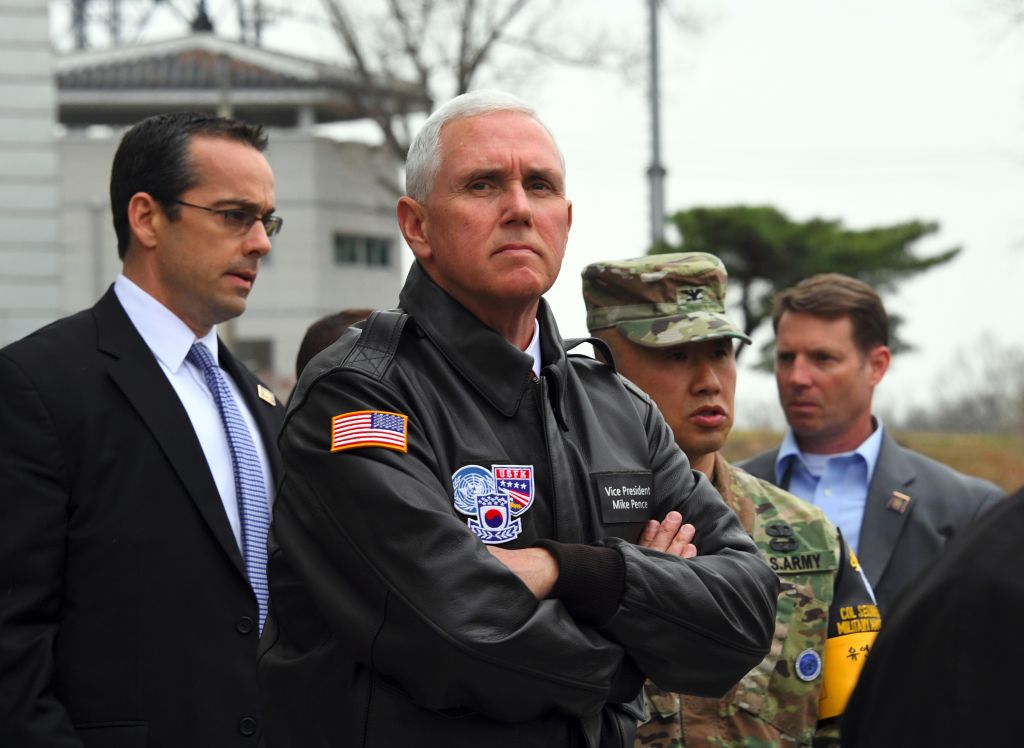 “They are listening,” Bash first posed to the Vice President in Tokyo, Japan. “The deputy ambassador says it sounds like you and the administration are insisting on gangster-like logic. That the idea of an invasion of the sovereign nation, talking about your remarks early about Syria and Afghanistan, decreases the likelihood that this can end peacefully.” (VIDEO: New Footage Proves Pence Went To Korean DMZ Just To Stare Laser Beams At Kim Jong-Un’s Army)

“Are you concerned that what you are saying is being taken in North Korea as saber-rattling despite the fact that you’re also talking about diplomacy?”

“I think what the president is concerned about, what countries that we’ve visited are concerned about are the reckless and irresponsible actions of the regime in Pyongyang,” Pence answered. “Another failed missile attempt notwithstanding this weekend, an unprecedented number of ballistic missile tests, testing nuclear weapons twice in the last year. The time has really come for North Korea to get the message.”

“As the president says, it’s time for them to behave, to listen to the world community and to set aside their nuclear ambitions, their ballistic missile ambitions, and be willing to join the family of nations.”

“From my part,” VPOTUS continued, “in some odd way it’s encouraging that they are getting the message, and my hope is that they will continue to get the message, not just from the United States and here in Japan and in South Korea, but on an increasing basis from China and countries all over the world that long ago committed to a denuclearized Korean peninsula.”