President Donald Trump suffered a slight slip of the tongue during his speech in Kenosha, Wisconsin Tuesday. 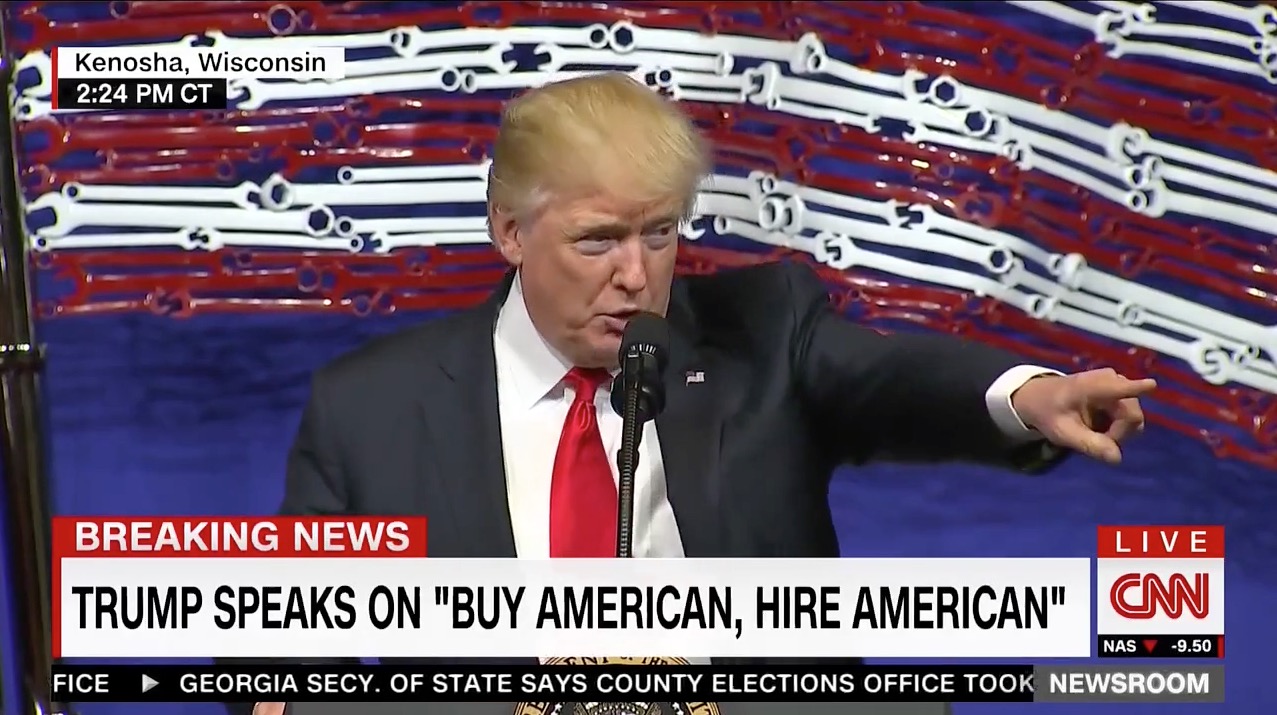 During his opening remarks, POTUS thanked the people of Wisconsin — in particular Gov. Scott Walker, Sen. Ron Johnson and House Speaker Paul Ryan — for supporting him during the election.

Trump’s gaffe came while joking to the crowd about how Ryan had a good reason for skipping the speech.

“You know where he is?” Trump asked the crowd. “He’s with NATO, and so he has a good excuse.”

“I said, Ron, you’ve got to get these countries to start paying their bills a little bit more,” he continued, accidentally substituting Sen. Johnson’s first name for Speaker Ryan’s last. “They’re way, way behind, Ron.”

It would appear POTUS noticed his mistake, as he quickly pointed to Sen. Johnson in the crowd while adding, “I’m going to talk to you about that too, Ron.”

“Paul, you’re over with NATO. Get them to pay their bills, and Ron, you’ll have to work on that too. Scott, you’re right here in Wisconsin. You don’t have to bother.”