Donald Trump welcomed the New England Patriots to the White House Wednesday afternoon to congratulate them for their historic comeback victory and fifth Super Bowl Championship for the franchise. 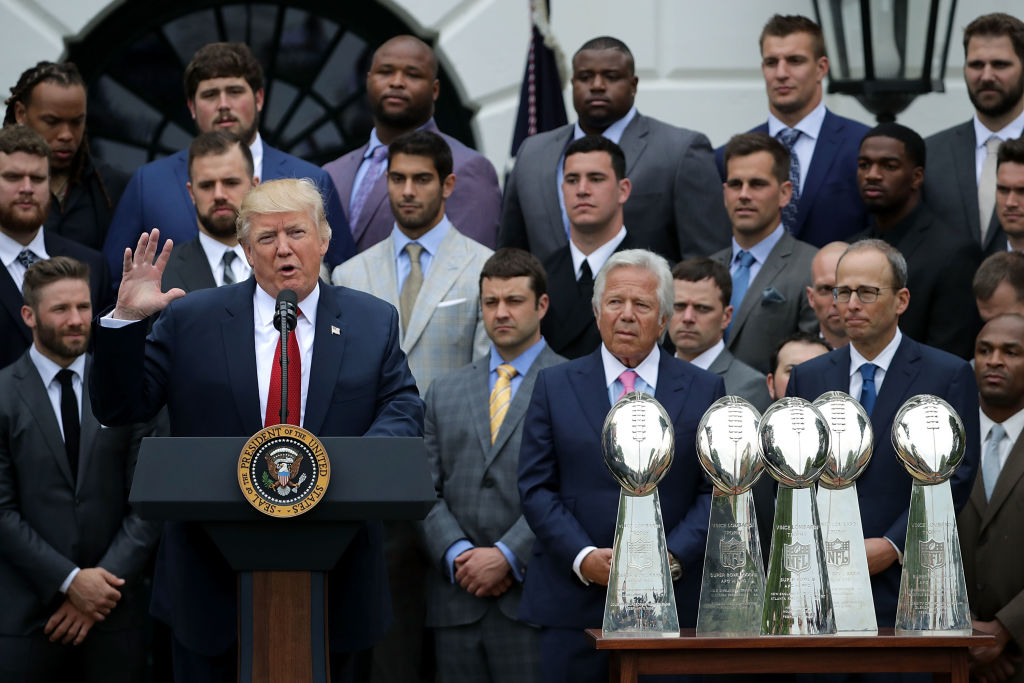 The president addressed the Patriots players, coaches and owner Robert Kraft on the South Lawn in recognition of their thrilling comeback win in which they overcame a 28-3 deficit to push the game into overtime and take home another Lombardi Trophy. (VIDEO: Rob Gronkowski Crashes White House Press Briefing)

Trump has been a supporter of the New England team for years and has a very close relationship with both Kraft and Belichick, which was evident in each of their remarks as they addressed the audience gathered on the lawn. (RELATED: Tom Brady Bows Out Of White House Visit Due To ‘Family Matters’) 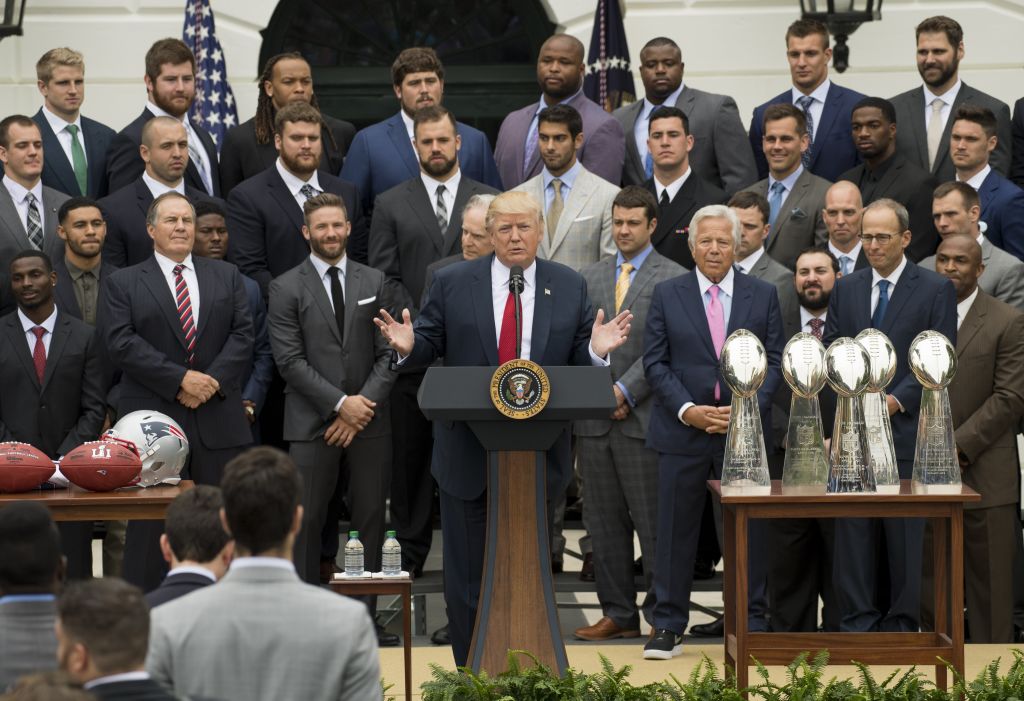 “Five Super Bowl victories since 2002 — really unbelievable,” Trump said. “Since Bob bought the Patriots in 1994, they’ve won more division titles, conference championships and Super Bowl wins than any other team. No team has been this good for this long.”

Patriots owner Robert Kraft took to the podium after Trump and also addressed the seemingly insurmountable odds they faced during Super Bowl LI against the Atlanta Falcons, comparing it to those faced by Trump as a presidential candidate.

“In that same year, a very good friend of mine for over 25 years, a man who is mentally tough and hardworking as anybody I know, launched a campaign for the presidency against 16 career politicians, facing odds almost as long as we faced in the fourth quarter,” Kraft said of Trump. “He persevered to become the 45th President of the United States.” 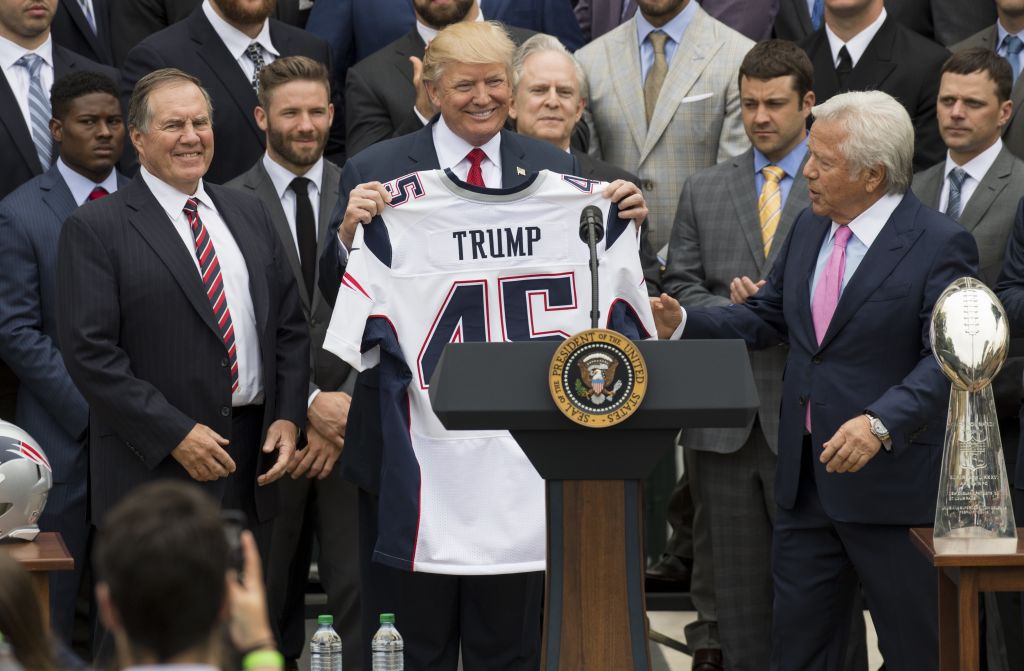 The Patriots became the first championship team to visit the White House during Trump’s administration, although several notable players were missing, including the team’s star quarterback Tom Brady.

Along with Brady, linebacker Dont’a Hightower, running back LeGarrette Blount, tight end Martellus Bennett, corner back Devin McCourtey and defensive end Chris Long did not attend the ceremony for various reasons. Brady was the last to back out citing “personal family matters” in a statement Wednesday morning.

The Patriots visit to the nation’s capitol also came on the same day former New England star and convicted murder Aaron Hernandez hanged himself in his prison cell. The team has not yet offered a statement on his death.